Man who threatened plane crash into Walmart dies in prison

JACKSON, Miss. (AP) — An airport worker who flew a stolen twin-engine plane erratically over north Mississippi for hours and threatened to crash into a Walmart store has died in federal prison while awaiting trial, federal authorities said Wednesday. 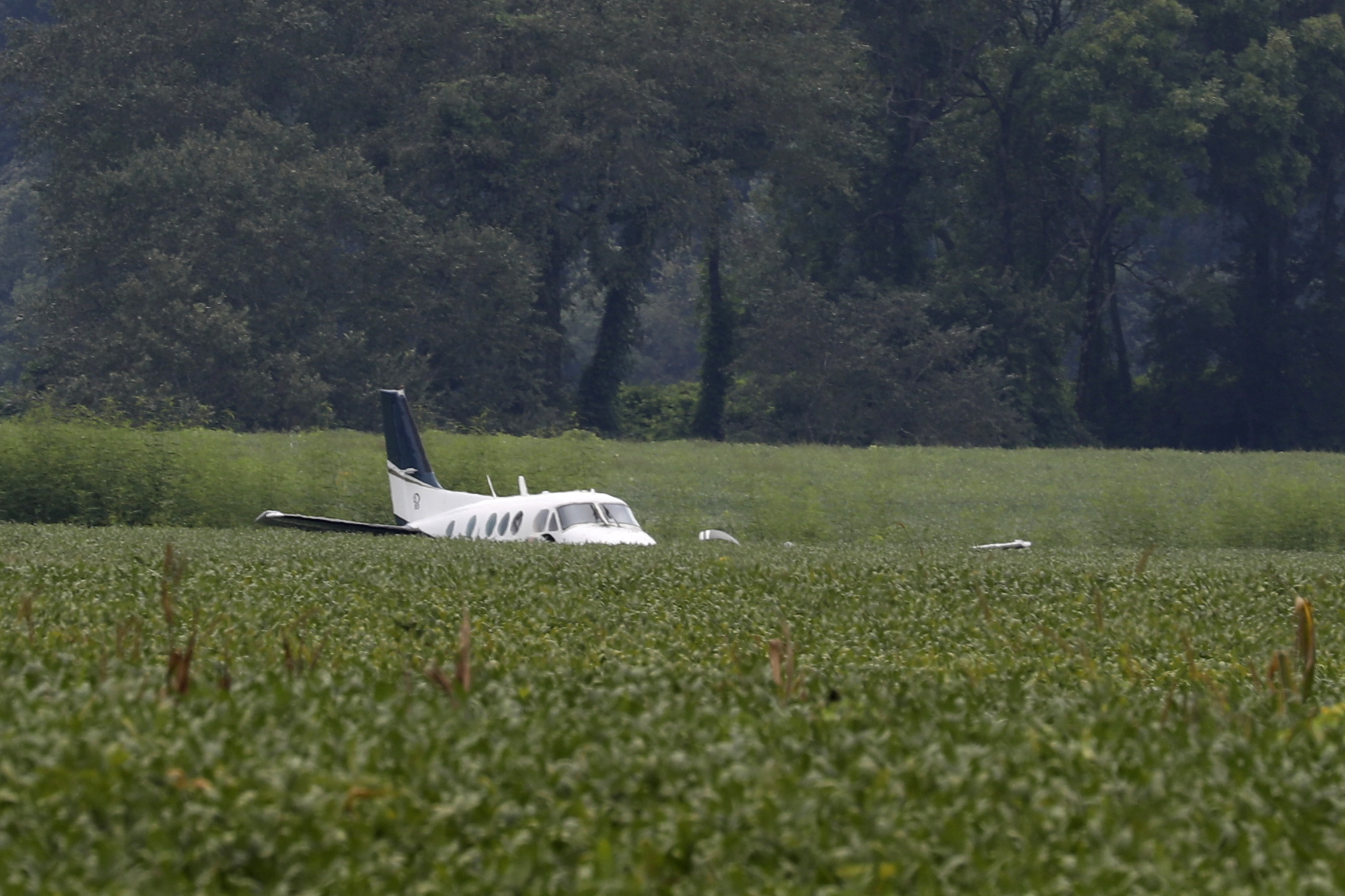 FILE – A stolen airplane rests in a field of soybeans after crash-landing near Ripley, Miss., on Sept. 3, 2022. Cory Wayne Patterson, 29, an airport worker who flew a stolen plane erratically over north Mississippi and threatened to crash into a Walmart in September, has died Monday, Nov. 14, 2022, in a federal prison in Miami, where he was being held while awaiting trial. (AP Photo/Nikki Boertman, File)

The U.S. Bureau of Prisons said in a statement that Cory Wayne Patterson, 29, was found unresponsive Monday at a federal prison in Miami.

The statement said no staff or other inmates were injured. Patterson had arrived at the prison in Miami on Thursday.

Patterson was from Shannon, Mississippi. Before dawn on Sept. 3, he took a twin-engine Beechcraft King Air C90A from the airport in Tupelo, Mississippi, where he had a job fueling planes, police said. He circled for five hours over unnerved Mississippian s before ending the flight safely in a soybean field near Ripley, Mississippi.

Patterson was arrested after he landed the plane and was jailed on state charges of grand larceny and making terrorist threats.

A federal magistrate on Sept. 16 ordered a psychological evaluation for Patterson, at the request of Patterson’s attorney.

Federal court records include a handwritten note from Patterson that an FBI agent testified he had found in the plane. Patterson wrote that he was sick of living, according to the court records.

“I picked Walmart because it would be quick and easy to evacuate. I am not interested in hurting anyone,” the note said.

Patterson also wrote that Walmart is owned by billionaires who pay workers low wages and that insurance would cover any losses to the company.

During Patterson’s flight, he called 911 and said he intended to crash the plane into a Walmart in Tupelo. He urged the emergency operator to get the store evacuated, according to court records.

Police negotiators convinced Patterson to land, but he didn’t know how. He was coached by a private pilot into a landing attempt at the Tupelo airport but he aborted the landing at the last minute and resumed the flight, authorities said.

Patterson subsequently landed the plane near Ripley, Mississippi, about 85 miles (140 kilometers) southeast of Memphis, Tennessee — and about 45 miles (70 kilometers) northwest of Tupelo.