NASHVILLE, Tenn. (AP) — Todd Downing will keep working as Tennessee’s offensive coordinator until the Titans hear from either the NFL or something happens with Downing’s charges for speeding and driving under the influence. 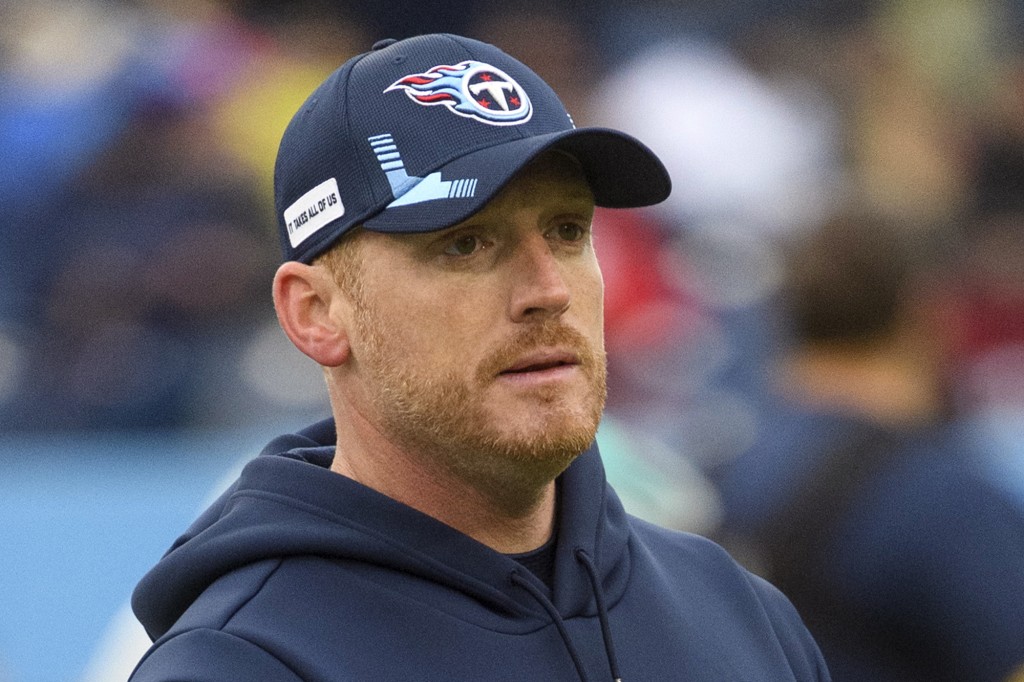 FILE – Tennessee Titans offensive coordinator Todd Downing watches during warm ups before an NFL football game against the Miami Dolphins, on Jan. 2, 2022, in Nashville, Tenn. Downing is free on bond after he was arrested on charges of speeding and driving under the influence early Friday morning, Nov. 18, 2022. (AP Photo/John Amis, File)

“Those things could obviously change,” coach Mike Vrabel said Tuesday as his Titans returned to work after a long weekend off. “I want to make sure that everybody understands that. But as of right now, that is where we are at. Status quo.”

Downing was released on a $2,500 bond Friday morning after being arrested by the Tennessee Highway Patrol hours after the Titans beat the Packers 27-17 in Green Bay on Thursday night.

The Titans (7-3) turned in their best offensive performance this season in winning for the seventh time in eight games. The team could punish the coordinator before the charges are resolved legally or the NFL decides on any discipline. Vrabel said they will wait for “everything to play out.”

“Then if the decisions that we make require us to be held accountable, we will absolutely do that,” Vrabel said. “Our entire focus now has got to be on Cincinnati. That is what I told the team, that is what I expressed. I’m confident that we will do that.”

The Titans host Cincinnati (6-4) on Sunday in a rematch of the divisional game the Bengals won with a field goal as time expired, ending the bid of the then-AFC’s No. 1 seed to host the conference championship game for the first time in franchise history.

Tennessee sits atop the AFC South going for a third straight title, something that hasn’t been done since the franchise’s first three seasons in the old AFL. The Titans are third in the AFC, and Vrabel said they’re focused on Cincinnati even as they understand they have things outside of football to handle.

“This is where we are at right now,” Vrabel said. “That could obviously change.”

NOTES: The Titans activated undrafted rookie kicker Caleb Shudak out of Iowa to practice Tuesday. He hurt his right kicking leg attempting a field goal in June after making 19 of 24 kicks during the offseason program. He remains on the physically unable to perform list. Kicker Randy Bullock missed the Green Bay game with an injured right calf, and the Titans signed veteran Josh Lambo, who missed an extra point at Lambeau Field and was waived Monday. Vrabel said who kicks Sunday has yet to be determined.