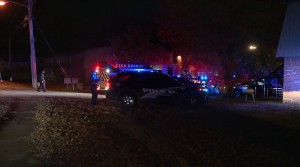 WBBJ 7 Eyewitness News received a call about this around 5 p.m. Friday of a large police presence in north Jackson in an area along Old Hickory Blvd. between the U.S. Highway 45 Bypass and Wallace Road.

Witnesses nearby told our crews they heard several gunshots and then the sound of sirens as first responders rushed in. Investigators on the scene said they found an apparent gun shot victim. That person was alert and responsive.

They were transported from the scene by ambulance to a nearby hospital with what appears to be non life-threaten injuries. There’s no word at this time on their immediate condition.

Investigators tell us they are looking for a suspect and the investigation is on-going.

Stay with WBBJ 7 Eyewitness News on air and on line for more details.