Stay with WBBJ on-air and online for the latest weather updates. Click here to download the Storm Team Weather app for severe weather notifications and more.

JACKSON, Miss. (AP) — Forecasters warned of the potential for strong tornadoes that could stay on the ground for long distances in parts of the South on Tuesday, as well as flooding rains and hail the size of tennis balls. 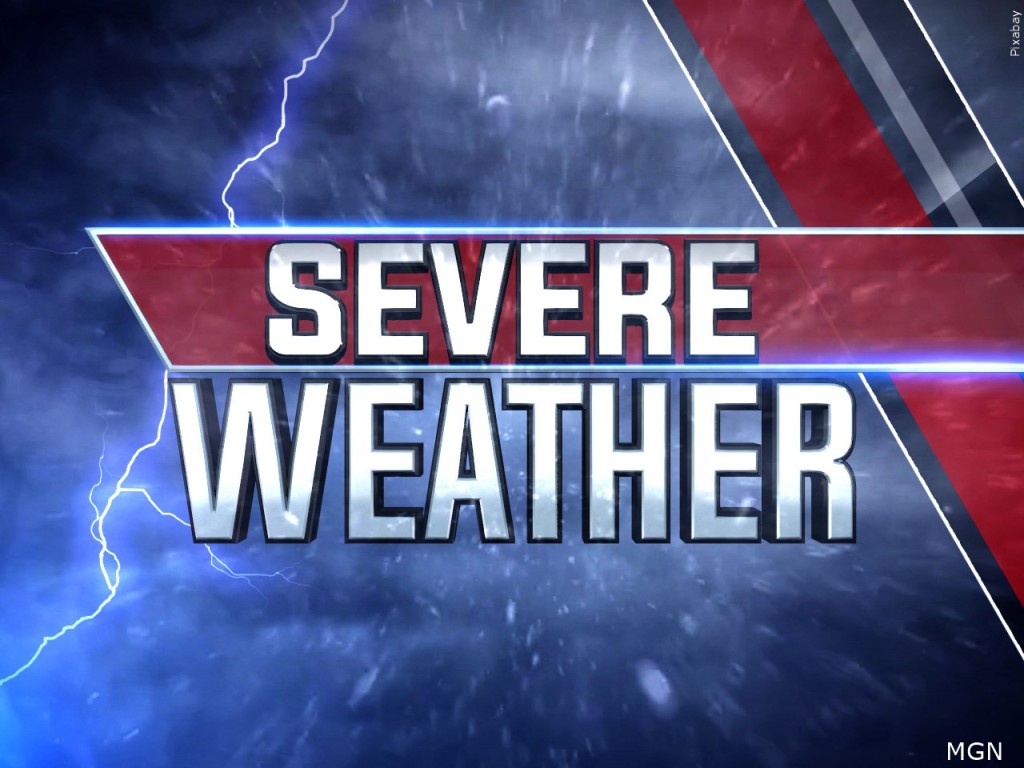 More than 25 million people will be at risk as Tuesday’s potent storm system moves across a region stretching from east Texas to Indiana and Georgia. The national Storm Prediction Center said in its latest storm outlook that affected cities could include New Orleans; Memphis and Nashville in Tennessee; and Birmingham, Alabama.

Parts of Louisiana and Mississippi will be at the highest risk for strong storms Tuesday afternoon and evening, with the possibility of severe weather continuing into Wednesday and moving into Alabama.

It’s rare that federal forecasters warn of major tornadoes with the potential for carving damages across long distances, but they are doing so in Tuesday’s forecasts.

“Multiple rounds of severe thunderstorms — some capable of long-tracked tornadoes with EF3+ damage potential — will be possible this afternoon into tonight over parts of the lower Mississippi Valley region and Mid-South,” the Norman, Oklahoma-based Storm Prediction Center said.

Tornadoes with an EF3 rating on the Enhanced Fujita tornado scale can produce wind gusts of up to 165 mph (266 kph).

In Mississippi, some public school systems decided to close early on Tuesday due to the severe weather. The 3,500-student Canton Public School District announced that its schools would dismiss students at noon, cancelled after-school activities and rescheduled a basketball game. Another large system outside Jackson — Madison County Schools — also said it planned to close schools early.

Flood watches were issued Tuesday for parts of southeast Mississippi and southwest Alabama, where 3 to 5 inches of rain (8 to 13 centimeters) could lead to flash flooding, the National Weather Service said.

The Mississippi Emergency Management Agency urged residents to have multiple ways of receiving weather alerts and know in advance where to go to stay safe. The agency also urged people to take pictures of their homes before severe weather strikes. “These photos can be used for insurance purposes and/or possible assistance if your home is damaged in the storm,” the agency said on Twitter.