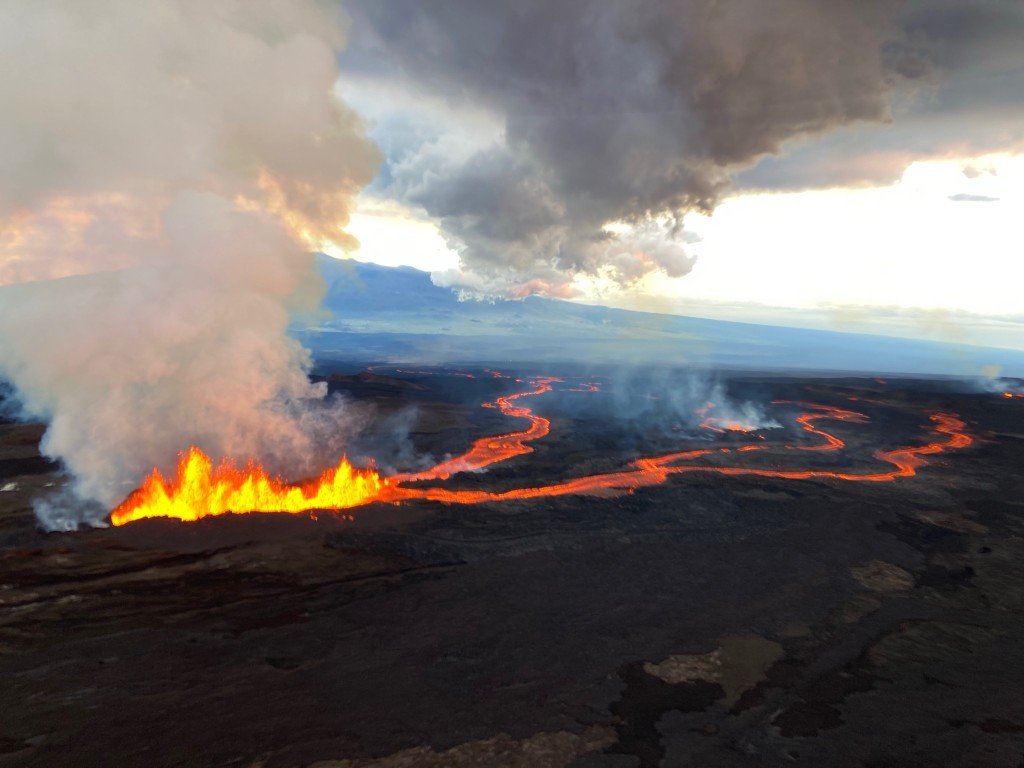 The volcano began erupting on Sunday, November 27 for the first time since 1984, ending its longest quiet period in recorded history. It previously erupted in March and April of 1984.

Hawaii officials say the 2022 eruption does not pose any threat to property, though unpleasant volcanic gases and fine ash may drift downslope.

Mauna Loa is the largest active volcano on the planet, rising some 13,679 feet (4,169 meters) above the Pacific Ocean and dominating the Island of Hawai’i, also known as the Big Island.

Hawaii’s Emergency Management Agency said it had opened two shelters on the island as a precaution but also emphasized that there were no signs that lava would threaten populated areas and that it had not issued any evacuation orders.