According to the Gibson County Sheriff’s Department and the U.S. Marshals Service, a second murder suspect is in custody following a deadly shooting incident in Gibson County. 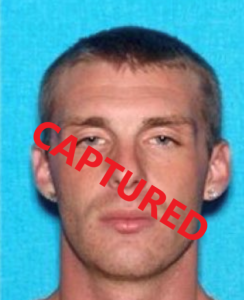 Tyler Pierce:  Courtesy of US Marshals

Pierce fled the scene into a wooded area and after an extensive search by the Marshals Task Force and the Hardeman County Sheriff’s Department, he was taken into custody. 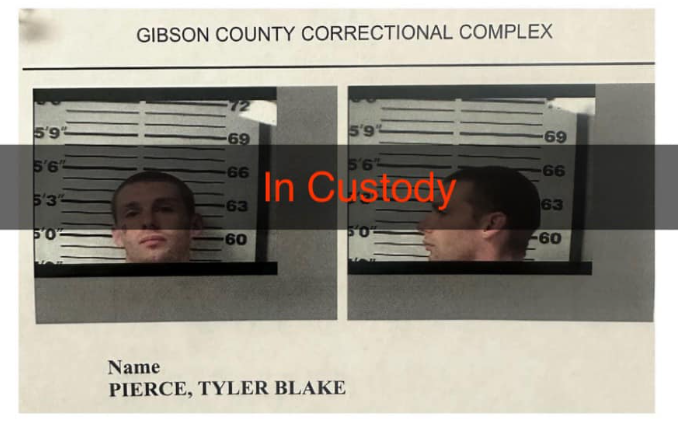 One suspect, Johnny Dale Yarbrough, is still at large.

This is an ongoing investigation, stay tuned to WBBJ-7 Eyewitness news on air and online as more details are released.

GIBSON COUNTY, Tenn. — New details are shedding light on a deadly shooting that left one person dead, and others injured. 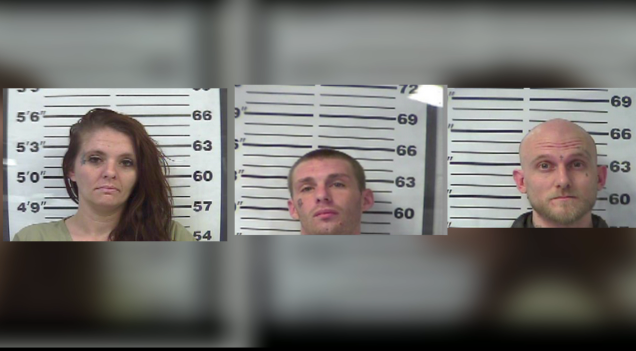 The department reports that Cathey is already charged, and Pierce and Yarbrough faces charges of especially aggravated robbery, first-degree murder, possession of a firearm during the commission of a dangerous felony, tampering with evidence, two counts of attempted first-degree murder, theft of property, felony murder.

The incident was reported around 3 a.m. on Wednesday, when the Gibson County Sheriff’s Office was called in regards of a possible shooting.

Once law enforcement arrived at the Trenton residence, they were able to confirm a shooting had indeed taken place, impacting three individuals.

“The female victim that was outside actually didn’t even know what her injuries were at the time. She says she thought she had been shot, and it turned out she had been shot. I believe it was four times,” said Gibson County Sheriff Paul Thomas.

The female victim was taken to the hospital, and as of December 1, is still admitted with non-life-threatening injuries. 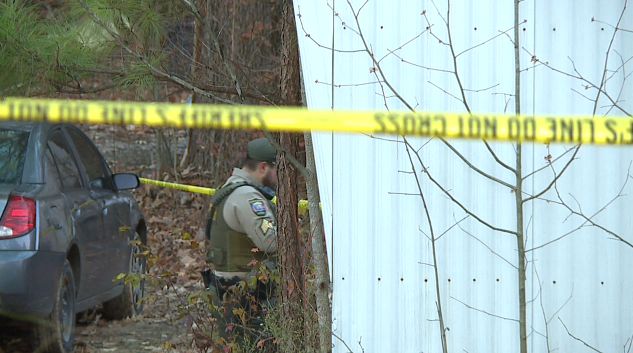 “The male that was outside thought he had a broken arm. He had not been shot. Once they went in the house, they found another white male in the house that had been shot. What they determined was two times, and he later died at the hospital. Or en route to the hospital,” Thomas said.

The surviving male victim has been released from the hospital after suffering a broken arm.

The sheriff’s office reports that deputies spoke with a victim, who helped them determine that three people entered the home, demanded items from the victims while armed with a pistol and a baseball bat.

The sheriff’s office says after a brief struggle, “the defendants began firing the pistol, striking two of the victims before running out of the home.”

After receiving a tip, law enforcement was able to locate a key vehicle, a white Impala, that led to the arrest of one suspect in Milan.

“We’ve since recovered some evidence that is related that we believe is related to the crime scene,” Thomas said. “We have one female, Amanda Cathy, in custody to Gibson County Correctional Complex.”

Amanda Cathy has a bound set for $1.2 million.

“We have two male, white male subjects, Johnny Yarborough Jr. and Tyler Pierce, both from Gibson County, that we have secured warrants on as well, but they’re not in custody at this time,” Thomas said.