Ja Morant fined $35K after jawing at referee during game

MEMPHIS, Ten.. (AP) — Memphis guard Ja Morant has been fined $35,000 for getting angry at a referee and not leaving the court “in a timely manner” after he was ejected from Wednesday’s game against Minnesota.

The NBA announced the fine Saturday. 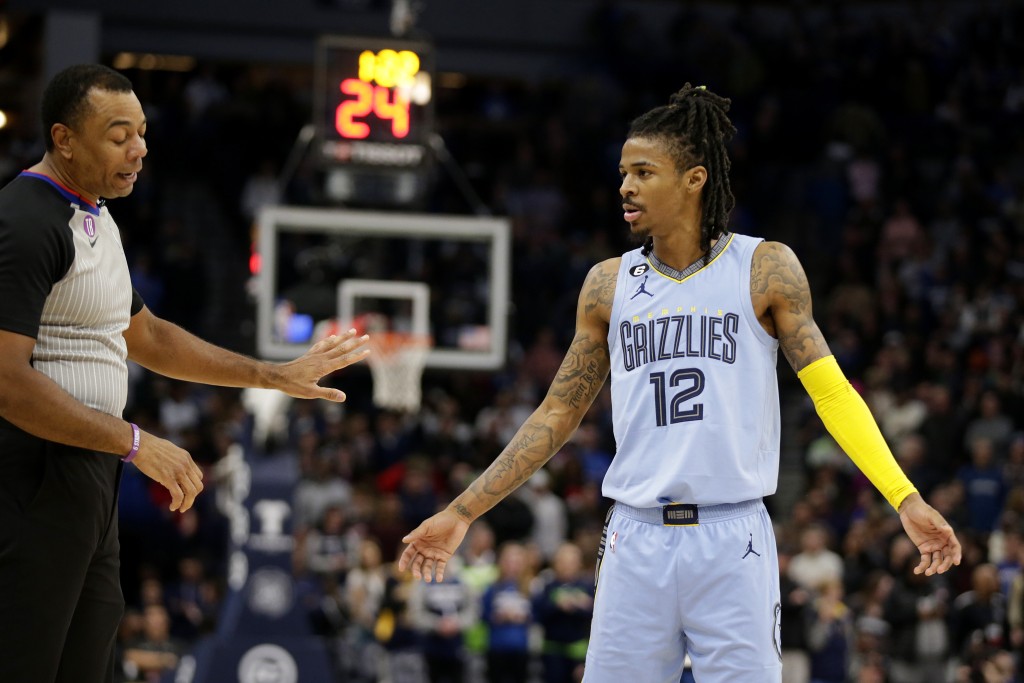 Morant was given a technical and tossed from the game with 1:22 left in the fourth quarter. He had 24 points in the 109-101 loss. The Grizzlies’ Dillon Brooks was also ejected from that game.

The NBA said in a release that Morant directed “inappropriate language toward a game official.”

Morant is averaging 28.2 points and 7.3 assists per game for Memphis, which is in fourth place in the Western Conference with a 13-9 record.