By The Associated Press undefined

High-powered Tennessee will play Atlantic Coast Conference champion Clemson in the Orange Bowl on Dec. 30. It’s the seventh Orange Bowl appearance for Clemson and the fifth for Tennessee.

The programs haven’t played since Clemson topped the Volunteers in the Peach Bowl to end the 2003 season. Clemson is trying to become the sixth school to win at least five Orange Bowls.

Volunteers coach Josh Heupel was the winning quarterback at the Orange Bowl to end the 2000 season, when he and Oklahoma topped Florida State to clinch the national championship. 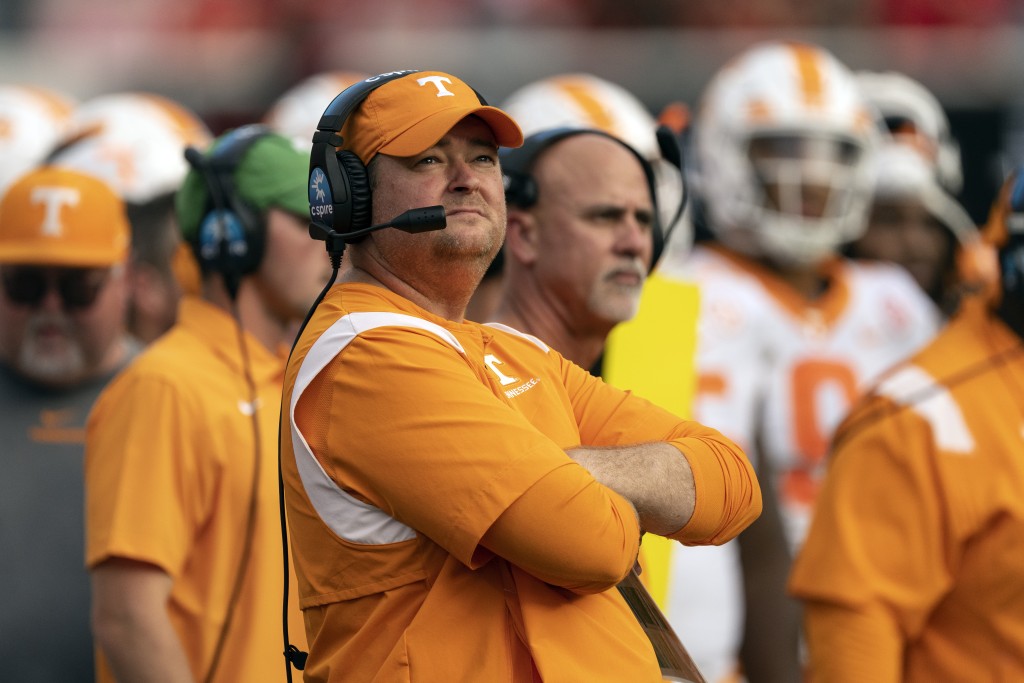 Tennessee coach Josh Heupel watches from the sideline during the first half of the team’s NCAA college football game against Georgia on Saturday, Nov. 5, 2022 in Athens, Ga. (AP Photo/John Bazemore)

Tennessee: Volunteers coach Josh Heupel won a national title as Oklahoma’s quarterback by beating Florida State 13-2 in the Orange Bowl to end the 2000 season. Out of the last 51 Orange Bowls, none featured fewer points than that game did. … The Vols lead the nation in yards and points per game this season. … Tennessee won 10 regular-season games for the first time since 2003. … Tennessee leads the series against Clemson 11-6-2, though this will be only the fourth meeting between the programs since World War II. … It’ll be Tennessee’s 47th time playing in the state of Florida. The Vols enter this game with a 23-23 record in the Sunshine State. … Tennessee won an Orange Bowl to end the 1938 season. It lost Orange Bowls to close the 1947, 1968 and 1997 seasons.