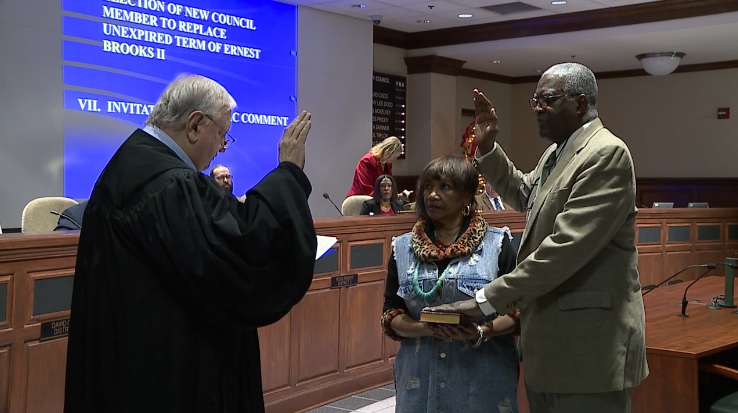 Donnell was very happy to be part of the council, and he said he plans to work in specific areas to grow his district.

The two main concerns for Donnell are creating affordable housing in east Jackson and economic development of the area.

Donnell plans to do this through implementing policies that Nashville and Cincinnati have used and bringing those strategies to Jackson.

He says another way of creating economic growth in east Jackson is through opportunity zones. These are zones where investors can pay reduced taxes on to develop.

As a councilman, Donnell plans to be very vocal during meetings and never vote on something he does not understand.

“It’s an exhilarating feeling. I guess that’s the best way I can say it. It feels good to be elected, you know,” Donnell said.

Donnell is the third of newly elected members to the council this year.