We are locked in a zonal persistent pattern of west to east steering winds right now that have been driving one rain event after another. As the result we’ve been locked into a rainy pattern along a stalled out frontal boundary which should begin move out of the area late week. For now the front has drifted south of the area but will return to the area from the south by tomorrow evening bringing back healthy rain chances again before finally moving out of the area giving a brief break in the rain for Friday and Friday night.

THIS EVENING:
For now the front will stay south of the viewing area but returns into Thursday. Showers will mainly be likely in the southern counties over the next few hours with the rest of the area under some patchy fog and a slight chance of drizzle at times. Temperatures slowly dropping out of the lower 60’s into the upper 50’s. 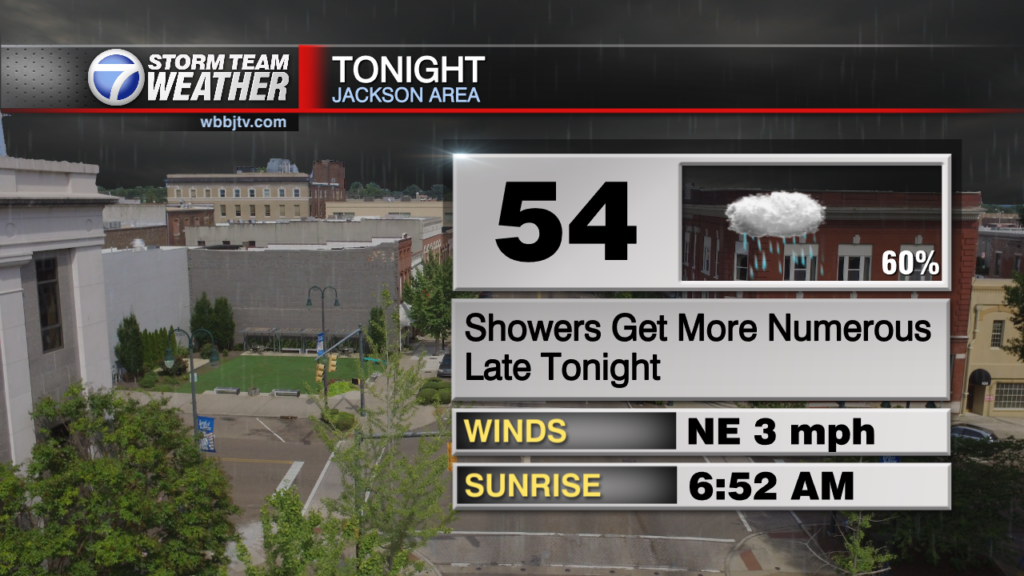 Rain chances increasing from 30% early to around 60% by the early morning hours. Lows in the lower to mid 50’s with light north breezes around 2 to 4 mph. 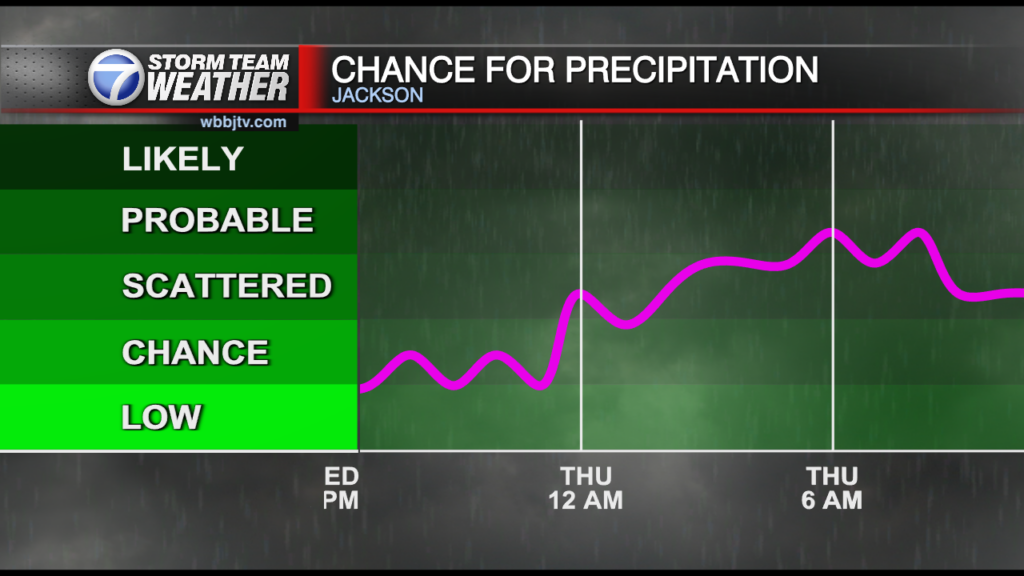 Showers likely with some weak storms in the mix by evening. Highs in the upper 60’s. Chance of rain at 80% 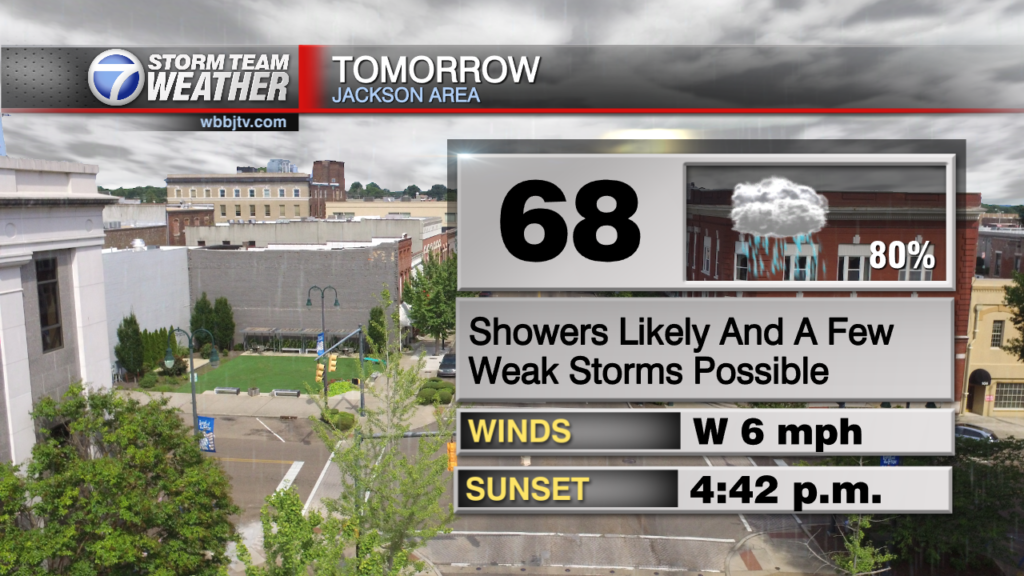 Cloudy with a near 100% chance of showers and storms. Lows in the lower 50’s. 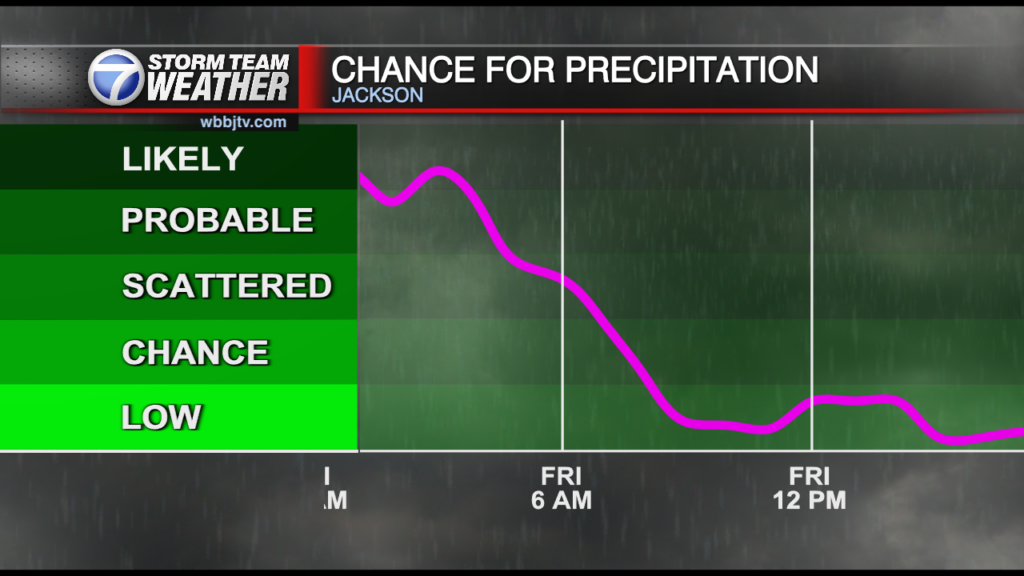 FRIDAY AND THE WEEKEND:

A few showers linger into early Friday morning, but it looks like we’ll finally dry out some in the late morning and afternoon as the cold front drops south and drier air pumps in along with cooler temperatures. Becoming partly sunny by afternoon with highs in the lower 60’s and falling quickly in the late afternoon and evening. Partly cloudy and colder Friday night with lows in the lower 40’s. 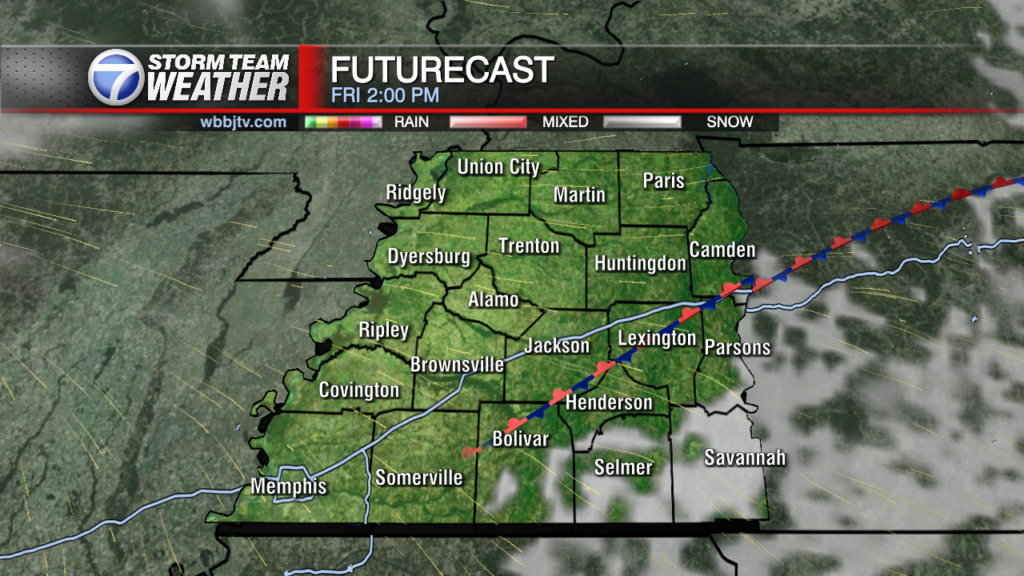 Saturday looks mostly dry in the early morning but showers will return with cooler temperatures in the late morning and afternoon. Highs in the mid 50’s. Showers Saturday night and colder in the upper 30’s.  Mostly cloudy with showers on Sunday, Highs in the lower 50’s.

A severe weather event may setup again around next Tuesday so stay with WBBJ 7 Eyewitness News for the weekend forecast and keep up with Storm Team Weather online too for more updates including how much rain could fall this week!