JACKSON, Tenn. — A convicted felon will spend more time behind bars after being caught with a firearm. 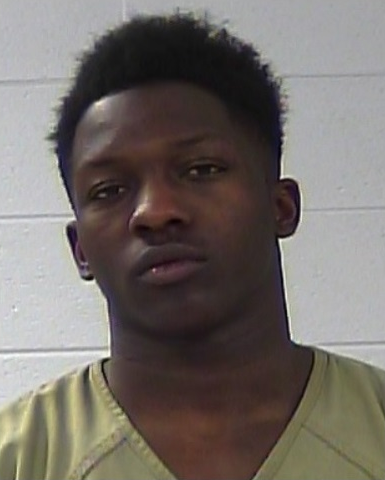 According to the U.S. Department of Justice, 29-year-old Lavokeous Ivory has been sentenced to seven years in prison for illegally possessing a firearm and violating his federal supervised released.

A press release states on August 6, 2021, Milan Police Department officers were dispatched to a residence after a female caller advised them Ivory was beating on her home’s windows and doors and demanding to be let in.

The release says a responding officer made contact with Ivory outside the home, who started running away from the officer after giving his name.

According to the release, the officer followed Ivory on foot, and while Ivory was fleeing, a pistol dropped from his waistband. The release says Ivory picked the pistol up and attempted to throw the gun onto a home’s roof, however it discharged and a bullet struck the side of the house.

Authorities say Ivory tried to pick up the gun as officers attempted to detain him, but eventually dropped the gun and was taken into custody as additional officers arrived on scene.

According to a press release, Ivory was previously convicted of a felony for illegal firearm possession in February 2016, and was on federal supervised release at the time of his arrest.

On November 30, 2022, the release says U.S. District Judge J. Daniel Breen sentenced Ivory to 70 months imprisonment to be followed by three years of supervised release for the firearm charge. Additionally, Judge Breen determined Ivory violated the terms of his federal supervised release, and imposed a 14-month prison sentence in that case to run consecutively, for a total of 84 months imprisonment.

The case was investigated by the Milan Police Department and ATF, and U.S. Attorney Kevin Ritz thanks Assistant U.S. Attorney Josh Morrow, who prosecuted the case.