“We have good news to report,” Ken Hon, the scientist in charge of the U.S. Geological Survey at the Hawaii Volcano Observatory, said during a briefing. “The eruption is still at an extremely low level at this point.” 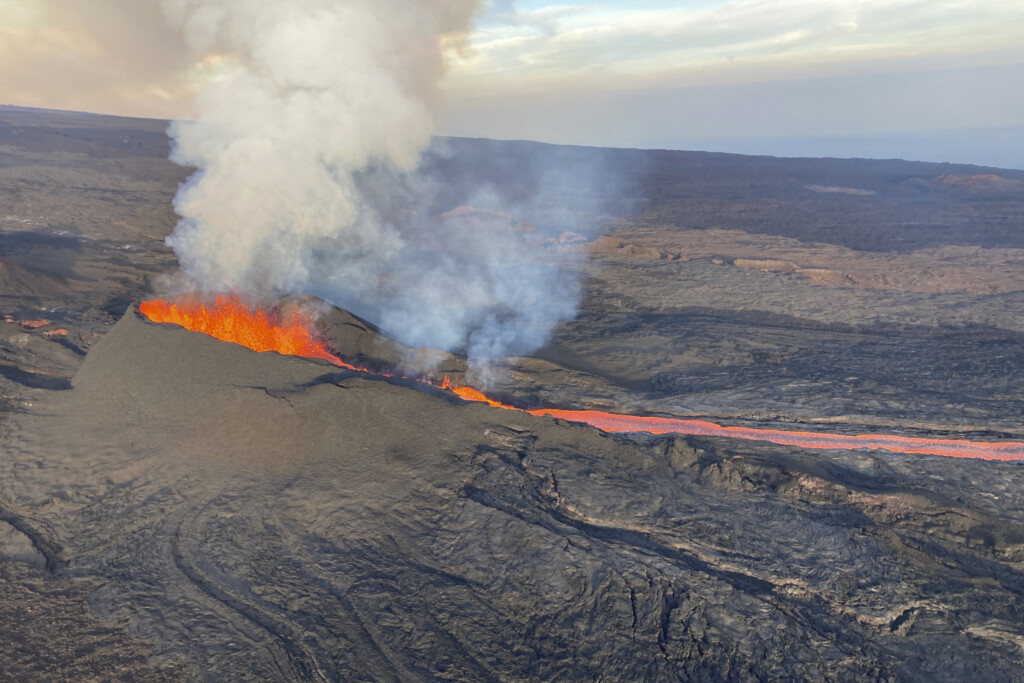 In this aerial image provided by the U.S. Geological Survey, fissure 3 is seen erupting on the Northeast Rift Zone of Mauna Loa on the Big Island of Hawaii, Wednesday, Dec. 7, 2022. The world’s largest volcano continues to erupt but scientists say lava is no longer feeding the flow front that has been creeping toward a crucial highway. That means the flow isn’t advancing and is no longer an imminent threat to the road that connects the east and west sides of the Big Island. (U.S. Geological Survey via AP)

Hon said the eruption is contained entirely within the volcano’s cinder cone. The USGS said a small amount of light remained visible at night through a vent in the cone, but the channels below that vent “appear drained of lava.”

The inactive front of the lava flow may inch northward very slowly as it continues to settle, the agency said.

Hon said Mauna Loa’s eruption appears to be ramping down and that nearby Kilauea has now reached a “full pause,” with its lava lake stagnant and crusted over.

Mauna Loa began spewing molten rock Nov. 27 after being quiet for 38 years. The incandescent spectacle drew onlookers and set some nerves on edge among people who’ve lived through past eruptions.

Sunday’s update came a day after scientists lowered the alert level for the volcano from a warning to a watch and said the eruption could be in its final days.

$747M Powerball jackpot up to 9th-largest as drawing nears

Retailers try to curb theft while not angering shoppers