JACKSON, Tenn. — A former healthcare worker spoke out on the aftermath of a horrific incident that almost took her life. 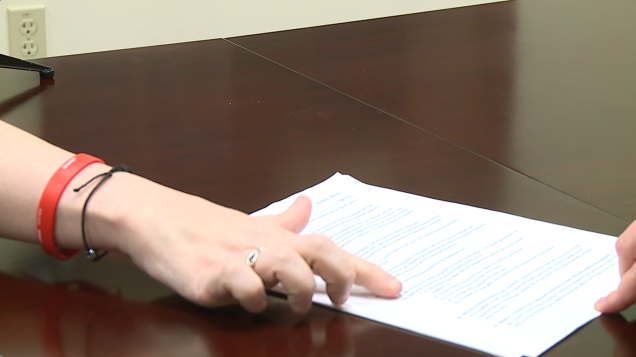 “No one to this day is held responsible. I am the only one that is feeling the consequences of that,” said Jessica Forsythe, who was the victim of a stabbing.

Forsythe was stabbed over a hundred times by a patient at Pathways in 2016.

After the incident, West Tennessee Healthcare covered her medical expenses and paid leave for a year. But after that, she was on her own with medical bills still coming in.

“I was on an 18 month unpaid leave of absence, and because I couldn’t come back off leave, I was terminated. Everything has gone through my private insurance through my husband’s work,” Forsythe said.

And Forsythe says she will have medical issues to pay for, for the rest of her life.

“I was finally able to get my disability through Social Security. I won’t ever be able to work again. I will have medical treatment for the rest of my life, dealing with the spinal cord, the vision, and all of the follow-up tests that I will need done,” Forsythe said.

According to Tennessee law, West Tennessee Healthcare is considered a government entity and self-insured. So they are not reliable for workers compensation past a certain period under the Tennessee Workers Compensation law.

But because she was alone on the job that day, and her medical expenses are continuing to mount, she filed a lawsuit to try to fight it.

But her case was dismissed twice.

“They said it wasn’t medical malpractice, that any civil case against a medical provider is automatically ruled medical and because of a pre-suit and a good faith certificate, it was dismissed,” Forsythe said.

While she continues to suffer, Forsythe says there was some positive that came out of it. Policies that she says put her in danger were changed shortly after the incident.

“Back in February, a lot of the policies were changed. They did a whole reboot of their policies,” Forsythe said.

And her story has been and continues to be used to help protect healthcare workers across the state.

“It is now a felony to attack a nurse on duty in Tennessee due to the first responder thing. That was added last year. They used my story in Nashville to help that. My story is also being used in the nursing school curriculum. I’ve seen it. I really just want to make a change,” Forsythe said.

We reached out to West Tennessee Healthcare for comment and a spokesperson with the organization said they can’t discuss that issue due to confidentiality rules.

Forsythe has the chance to appeal her case one more time and has currently not decided if she plans to do that.

You can hear more about her story here.