What an introduction it’s been. 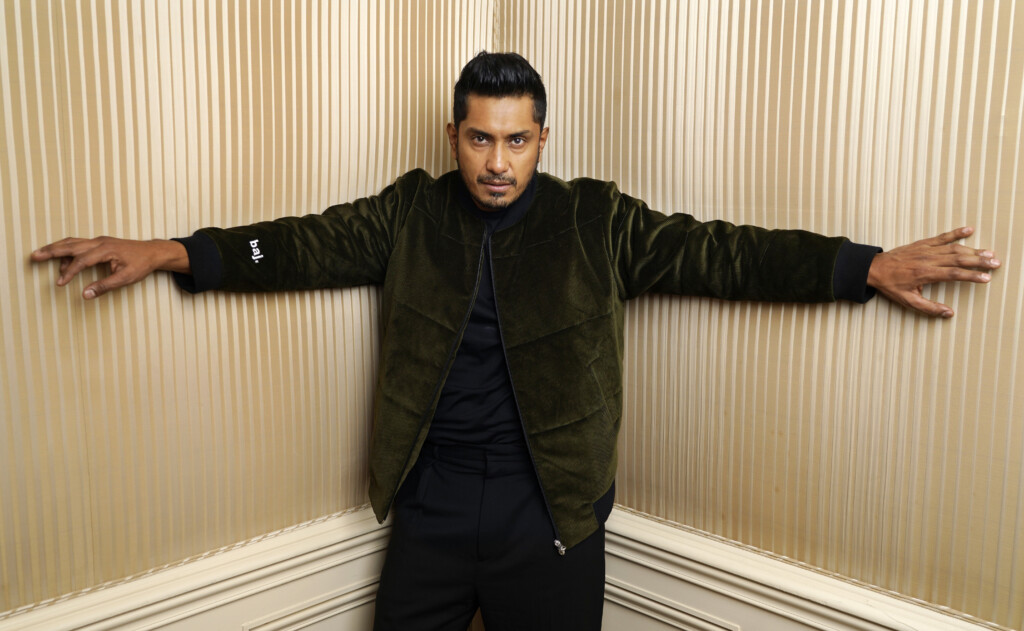 Tenoch Huerta poses for a portrait on Friday, Oct. 28, 2022, in Beverly Hills, Calif. Huerta has been named one of The Associated Press’ Breakthrough Entertainers of 2022. (AP Photo/Chris Pizzello)

Huerta’s role as Namor in the “Black Panther” sequel has wowed audiences, catapulting him onto the global stage and sparking conversations about race and identity, both in his native Mexico and abroad. It’s also led to Huerta being named one of The Associated Press’ Breakthrough Entertainers of 2022, joining the ranks of Sadie Sink, Daryl McCormack and his fellow Marvel standout, Iman Vellani.

Like many of the Breakthrough Entertainer honorees, Huerta isn’t a newcomer. He’s appeared in numerous films such as “The Forever Purge” and series like “Mozart in the Jungle” and “Narcos: Mexico.” But “Wakanda Forever” has given him a new level of global exposure, which he’s using to advance several causes like inclusivity and social justice.

Huerta grew up in Ecatepec, a suburban area of Mexico City, infamous for its high levels of delinquency and often referred with prejudice by the people in the capital.

“It’s not easy to come from there,” said Huerta in a recent interview in Mexico City during the promotion of “Wakanda Forever.” The area is close to the capital, but “you can spend a couple of hours to reach the nearest subway station, there’s violence.”

Huerta, 41, acknowledged that the fact that he didn’t see “brown skin people” like him on screen or theater, and definitively not in advertisements, made him believe that acting wasn’t a serious possibility. “You can’t dream of something that you can see,” he said.

He spent many years playing American Football, and it wasn’t until his father prodded him that he considered acting. “When I was 16 my father insisted to me to become an actor, he pushed me to take workshops,” said Huerta. “The workshop was for two or three weeks, and I spent nine months. I liked it a lot but, (it) never was my life plan, it was just a hobby.”

He kept going to casting calls and was selected to play a gardener who entertains white rich youngsters in Gael García Bernal’s debut feature “Deficit” (2007). That took him to the Cannes Film Festival for the first time, a journey he repeated in 2011 with Everardo Gout’s “Days of Grace,” for which he won the Ariel, the Mexican equivalent to the Oscars, as best actor.

“Until that moment I assumed, I understood I was an actor, but it takes a long time and a nomination to the Ariel, many awards around the world and in Mexico, and finally in that moment I thought, ‘Ok I’m an actor.’ It was a process,” said Huerta.

Huerta said he was a fan of Marvel movies and was really pleased when he received a videocall from the director Ryan Coogler who was explaining the plot of “Wakanda Forever.” The story included a shaman and a potion that people drank before jumping into the ocean.

“The communication was frozen for about five minutes so when he is back, he says ‘So what do you think?’” recalled Huerta. “I never understood clearly what was about this offer and then I told my agents, and they found out that he (Coogler) was offering me Namor. I assumed it was the shaman, but they said, ‘No its Namor.’”

His character is the leader of Tlalokan, the subaquatic world where Namor lives. It is a vibrant world inspired by pre-Hispanic architecture and culture, created with help from Mayan experts.

“They grew up in Mayan communities, they are Mayan speakers and they have degrees and all the credentials to work in this movie,” said Huerta. “I just can say that Marvel and Disney they’re making a really great job of inclusion and representation and finally people like us, we’re able to see ourselves in this movie, so proud, so beautiful and so powerful, that’s a gift.”

Huerta said the second-best part, after the reassurance of collaborating with experts in the film, was to do all the training and battles, learning to hold his breath for minutes underwater and use wires to simulate the flights of Namor.

“In real life … my knees hurt, my back and everything. I’m a simple human, and I’m getting old by the way,” said Huerta smiling. “But in the movie it’s such a great experience.”

In Mexico Huerta has become a symbol of the fight for racial justice, winning acclaim but also facing criticism from people who consider him problematic because as a person with dark skin, Huerta denounces prejudice against those who look like him.

Huerta recently published “Orgullo prieto” (which loosely translates as Dark Skinned Pride) a book in which he recalls his own experiences facing racism and classism in his country.

“For me this book is a way to say we need to learn, we need to change and then try to have a better society. I specially wrote this book for the kids for the young people,” said the father of two girls. “I try to create, as much as I can, a better place to live for them.”

Seeing himself as a breakthrough artist brings Huerta hope.