Elon Musk claims he was doxxed. But what exactly is that?

NEW YORK (AP) — When Twitter abruptly suspended the accounts of several journalists with no explanation, the platform’s owner Elon Musk hinted at the possible reason: They allegedly doxxed him. 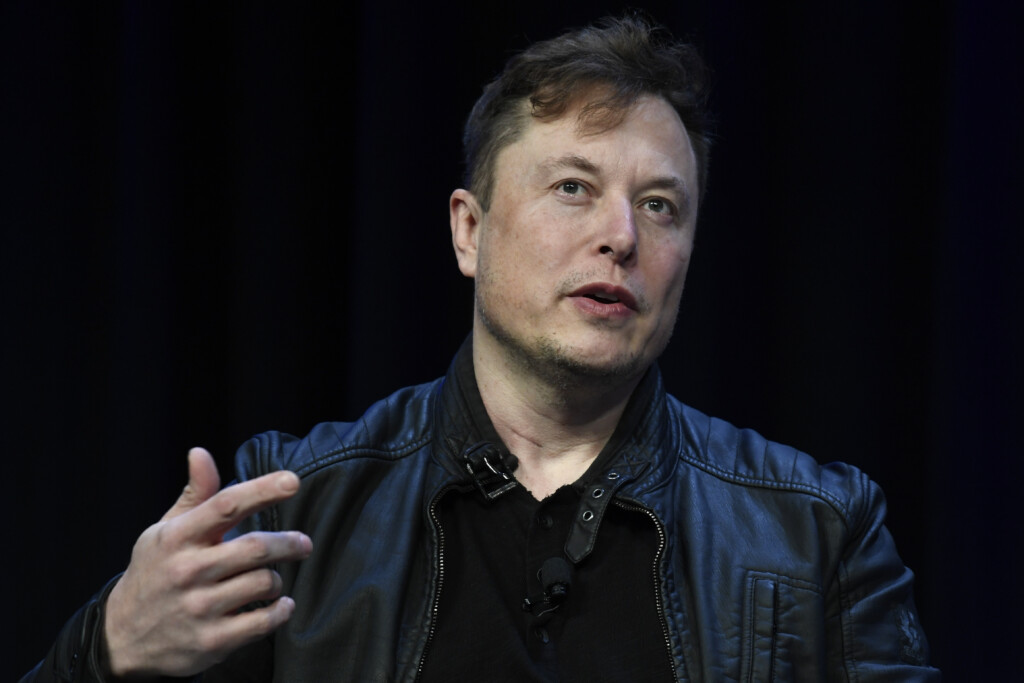 FILE – Tesla and SpaceX Chief Executive Officer Elon Musk speaks at the SATELLITE Conference and Exhibition in Washington, Monday, March 9, 2020. Twitter on Thursday, Dec. 16, 2022 suspended the accounts of journalists who cover the social media platform and its new owner Elon Musk, among them reporters working for The New York Times, Washington Post, CNN, Voice of America and other publications. (AP Photo/Susan Walsh, File)

“You dox, you get suspended. End of story. That’s it,” he said on a Twitter Space audio discussion late Thursday, referring to the act of disclosing someone personal details online.

Musk targeted journalists from The New York Times, CNN, Washington Post and other outlets after suspending a Twitter account that tracked his private jet using publicly available data — an account Musk had previously said he would leave alone as a demonstration of his commitment to free speech.

Twitter updated its policy this week, saying it would remove any tweets or accounts that share someone’s live location if it’s not done to help in humanitarian efforts or during public events.

Several of the journalists whose accounts were suspended had written about the plane tracking Twitter account as well as Musk’s reasoning for the new policy, which followed Musk’s claims that a family member in Los Angeles had been stalked earlier in the week.

SO WHAT IS DOXXING?

Doxxing, sometimes written as doxing, is a shortened version of “dropping dox” or documents.

It’s typically a malicious practice that involves gathering private or identifying information and releasing it online without the person’s permission, usually in an attempt to harass, threaten, shame or exact revenge.

Jeff Kosseff, a cybersecurity law professor at the U.S. Naval Academy who wrote a book tied to the topic, said doxxing is not a legally defined term and it can mean different things to different people. Some people think only applies to the sharing of private information. The Department of Homeland Security says doxxers may use publicly available information, such as property records.

“If you were to take DHS’ definition, the fact that plain data is already open source and publicly available doesn’t necessarily mean that it’s not doxxing,” Kosseff said. “But DHS does have what I think most people include, which is malicious purposes. And it’s really hard to make that judgment about why someone is posting this information.”

Doxxing sprang from 1990s online hacker culture, which prized anonymity. It was a way for hackers to unmask rivals they were feuding with, according to cybersecurity firm Kaspersky. But that aspect became less relevant as doxxing’s definition expanded and many more people moved online using their real names on their social media accounts, the firm says.

Celebrities, politicians, journalists have all been victims of doxing. So have people with lower profiles.

In early example, anti-abortion hackers in the 1990s infamously exposed abortion providers’ home addresses, photos and other information on a now-defunct website called the “Nuremberg Files.”

Another prominent victim was Brianna Wu, a software engineer who was critical of the “Gamergate” movement, a 2014 harassment campaign against female game developers. She told The Associated Press in 2016, “I got death threats, so I had to go to the police, I got ‘doxed’ so my personal information (was) out there.”

Even authorities aren’t immune. High-ranking police officials in a number of U.S. cities, including Washington, Atlanta, Boston and New York, had their home addresses, emails and phone numbers shared on social media amid tensions over the police custody death of George Floyd.

Releasing publicly available information is more of an ethical issue rather than a legal one, said Kosseff, the cybersecurity expert.

It would be difficult to show liability for a crime, for example, if an account is simply republishing public flight data, he said. Any criminal charges that could be filed against anyone involved in sharing personal information would more likely be related to something like harassment, not doxxing.

“To the extent that it’s based on publicly available data, I think there would be pretty strong First Amendment protections,” Kosseff said. Still, he said that could change depending on the jurisdiction of a potential case and any specific harms that occur.

WAS ELON MUSK DOXXED BY THE SUSPENDED JOURNALISTS?

It depends on how you define doxxing.

The suspended journalists deny they were directly sharing information about Musk’s location. Musk’s definition of doxxing seems to be much more expansive than its original meaning, to include anyone even linking to personal information posted by someone else.

When some of the journalists, including the Washington Post’s Drew Harwell, held a Twitter Spaces audio discussion to talk about the suspensions Thursday night, Musk made a surprise appearance.

“You’re suggesting that we’re sharing your address, which is not true,” Harwell said. “I never posted your address.”

“You posted the link to the address,” Musk replied.

Harwell argued that the journalists posted links to the @elonjet account that tracked his private jet as a normal course of reporting.

WHAT ABOUT MUSK’S OWN RECORD?

While it’s not clear whether Musk himself has doxxed anyone — as one of the suspended journalists has alleged — he does have a history of calling people out and making them the target of harassment by his army of fans.

Business Insider columnist Linette Lopez, who spent years covering Musk, alleged in a Tweet before her suspension Friday that Musk participated in the doxxing of “Montana Skeptic,” a prominent Tesla critic who contributed to the website Seeking Alpha. His real identity was posted on Twitter several years ago.

The writer, whose real name is Lawrence Fossi, told Mediate earlier this year that Musk also called into his workplace one day and threatened to sue over the writings.

Among other examples, Musk also faced a defamation lawsuit in 2019 after he called a British cave explorer “pedo guy” in an angry tweet. The man, Vernon Unsworth, had participated in the rescue of 12 boys and their soccer coach after they were trapped in a cave in Thailand in 2018. Musk defeated the suit.