WILMINGTON, Del. (AP) — President Joe Biden and his family held a private memorial service Sunday to mark the 50th anniversary of the car crash that killed his first wife and their baby daughter. 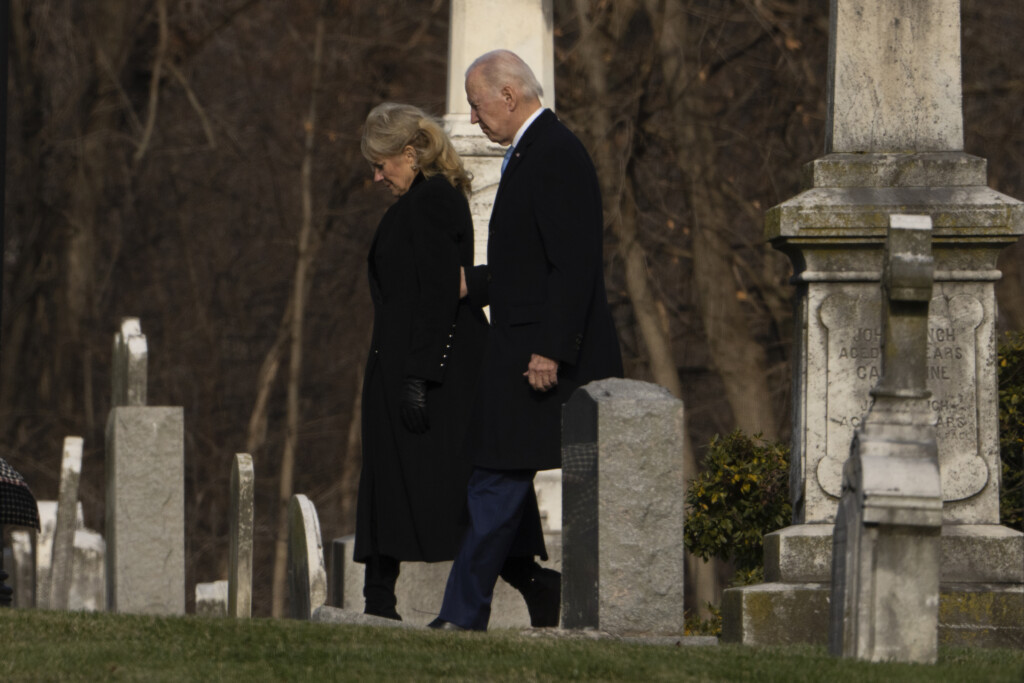 Biden, who had just been elected to the Senate in November 1972, was not in the car when his wife, 30-year-old Neilia, and their 13-month-old daughter, Naomi, were broadsided by a tractor-trailer on Dec. 18 of that year as they went out to buy a Christmas tree. The couple’s two sons, Beau and Hunter, who were just about to turn 4 and 3 at the time, were also in the car and were seriously injured.

The tragedy almost prompted Biden, also age 30 when the accident happened, to give up his fledgling political career. But on the advice of other senators he stayed in office, commuting back and forth from Washington to Delaware. Biden’s raw openness around grief and his ability to empathize with fellow Americans who have experienced loss have become defining traits of his political career.

Biden married Jill Jacobs in 1977 and they had a daughter, Ashley. Both women joined him on Sunday, as did Hunter and many of the president’s grandchildren among others at St. Joseph on the Brandywine Roman Catholic Church. After the service, the family walked out toward the graves carrying two large wreaths.

Beau Biden died of brain cancer in 2015 at 46. He is also buried at the cemetery.