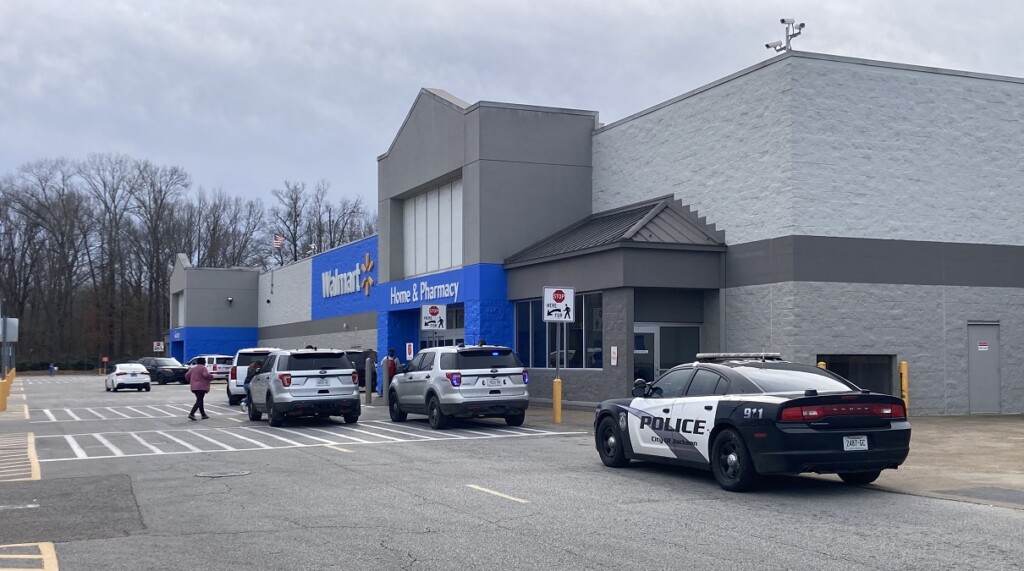 According to the Jackson Police Department, officers were dispatched to the Walmart in south Jackson at 12:30 p.m for a report of a bomb threat.

Authorities say by the time officers arrived, the store had already been evacuated.

We spoke with one customer who says she was in line to checkout when an employee instructed her to leave the store.

Our crews arrived on scene where police, fire trucks and and a Hazmat team could be seen outside the store.

Police say authorities searched the interior of the building with the assistance of K9 officers, and no items associated with a bomb were located.

Customers were allowed back into the store after authorities finished their search.

According to police, an investigation into the threat is ongoing.

We first heard of this incident thanks to a WBBJ 7 Eyewitness News Tipster — if you see breaking news in your area, email us at news@wbbjtv.com or call (731) 424-4515.