Titans’ Tannehill out vs. Texans, rookie QB Willis to start 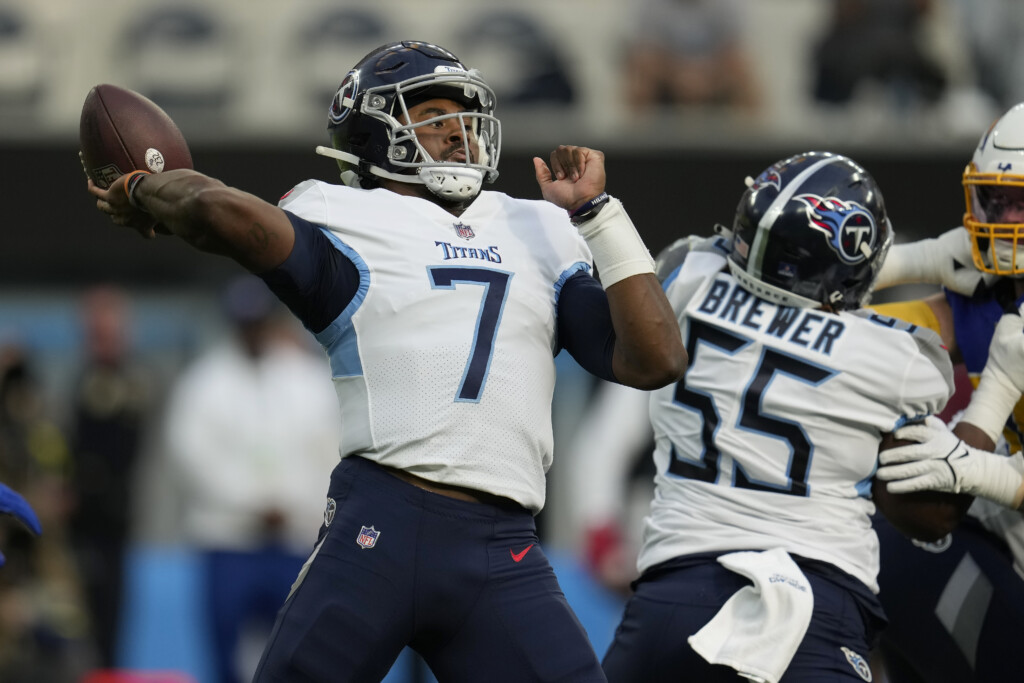 “Just out this week,” Vrabel said Thursday. “I don’t have to issue an injury report for next week until next week.”

The Titans (7-7) sit atop the AFC South looking for a third straight division title, yet their once four-game lead is down to one with three games remaining.

Tannehill hurt his right ankle, which he sprained Oct. 23 in a win over Indianapolis, in the first quarter of last week’s 17-14 loss in Los Angeles to the Chargers. Tannehill was carted to the locker room, missed one series and returned to finish the game. The 11-year veteran ran for the tying touchdown with 48 seconds left.

This will be Willis’ second start against the Texans (1-12-1). He threw only 10 passes in a 17-10 win in Houston on Oct. 30 with Derrick Henry running for 219 yards and two touchdowns. The Titans will need Willis’ mobility with center Ben Jones placed on injured reserve after his second concussion in a month.

Right guard Nate Davis (ankle) has been ruled out for this game. The Titans’ other three offensive linemen also are on a lengthy injury report. Left tackle Dennis Daley was added Wednesday with an abdominal injury, joining left guard Aaron Brewer (rib) and right tackle Nicholas Petit-Frere has an injured ankle.

Willis will be backed up by Joshua Dobbs, a fourth-round pick by Pittsburgh out of Tennessee in 2017, who was signed Wednesday off Detroit’s practice squad and practiced with the Titans that same day.

Dobbs appeared in six games combined with the Steelers in 2018 and 2020. He spent 2019 with Jacksonville after being traded to the Jaguars.

“We’ve seen some guys do it,” Dobbs said. “I saw Baker (Mayfield) do it a couple weeks ago, but it’s not easy. Luckily there’s a lot of crossover in this system from the system I’ve been in all year in Cleveland in terminology and overall offensive mindset so that helps a ton.”

NOTES: The Titans also will be without starting CB Kristian Fulton (groin) along with LB Dylan Cole (ankle) and DB Josh Thompson (concussion). They also placed CB Terrance Mitchell (hamstring) on injured reserve, putting them at 19. They signed OL Daniel Munyer, added to the practice squad Tuesday, to the active roster.