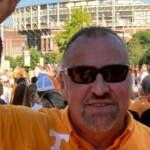 Tommy Ham, age 63 of Paris, passed away Monday, December 26, 2022, at Henry County Medical Center. His funeral service will be Friday, December 30th at 2:00 PM at McEvoy Funeral Home, 507 West Washington Street in Paris, with Bro. Jamie Jones of New Life Baptist Church officiating. The body will be cremated and there will be a fellowship for friends and family from 3:00-5:00 PM after the service at the Enoch Building at the fairgrounds. Visitation with the family will be from 11:00 AM – 2:00 PM Friday, prior to the service at McEvoy Funeral Home.

Tommy “Hammer” Ham was born December 25, 1959, in Dyersburg, TN to the late William Franklin Ham and the late Martha Loretta Bell Ham. On December 11, 1982, he married Delaine Boals Ham and she survives in Paris, TN.