Suspect in deaths of Idaho students arrested in Pennsylvania

HARRISBURG, Pa. (AP) — A suspect in the killings of four slain Idaho students has been arrested in eastern Pennsylvania, a law enforcement official said Friday. Arrest paperwork filed in Monroe County Court says 28-year-old Bryan Kohberger was being held for extradition to Idaho on a warrant for first degree murder. The four students were all friends and members of the University of Idaho’s Greek system. They were stabbed to death at a rental home near campus sometime in the early morning hours of Nov. 13. Monroe County is in the Pocono Mountains. Moscow, Idaho, police were expected to release more information at a news conference later Friday. 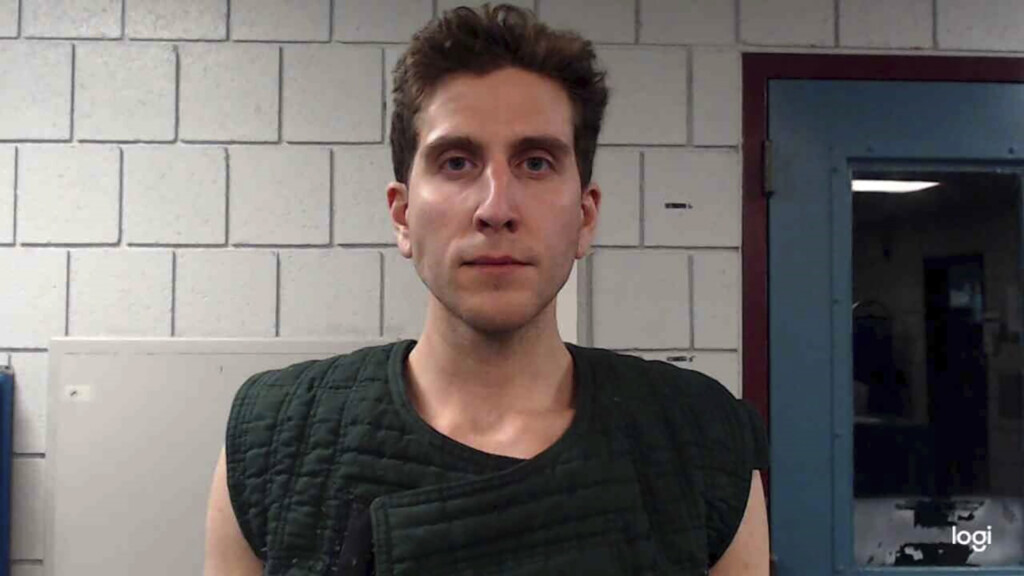 HARRISBURG, Pa. (AP) — A suspect in the killings of four University of Idaho students was arrested in eastern Pennsylvania, a law enforcement official said Friday.

Arrest paperwork filed in Monroe County Court said Bryan Christopher Kohberger, 28, was being held for extradition to Idaho on a warrant for first degree murder.

A law enforcement official confirmed the arrest to The Associated Press on condition of anonymity because the official could not publicly discuss details of the investigation ahead of a formal announcement expected later Friday.

A Ph.D. student by the same name is listed in the Department of Criminal Justice and Criminology at Washington State University, which is a short drive across the state line from the University of Idaho. Messages seeking more information were left for officials at WSU.

The Idaho students — Kaylee Goncalves, Madison Mogen, Xana Kernodle and Ethan Chapin — were stabbed to death at a rental home near campus sometime in the early morning hours of Nov. 13. The slayings initially mystified law enforcement, with investigators unable to name a suspect or locate a murder weapon for weeks.

But the case broke open after law enforcement asked the public for help finding a white sedan seen near the home around the time of the killings. The Moscow Police Department made the request Dec. 7, and by the next day had to direct tips to a special FBI call center because so many were coming in.

Goncalves, 21, of Rathdrum, Idaho; Mogen, 21, of Coeur d’Alene, Idaho; Kernodle, 20, of Post Falls, Idaho; and Chapin, 20, of Mount Vernon, Washington, were members of the university’s Greek system and close friends. Mogen, Goncalves and Kernodle lived in the three-story rental home with two other roommates. Kernodle and Chapin were dating and he was visiting the house that night.

Autopsies showed all four were likely asleep when they were attacked. Some had defensive wounds and each was stabbed multiple times. There was no sign of sexual assault, police said.

Police said Thursday the rental home would be cleared of “potential biohazards and other harmful substances” to collect evidence starting Friday morning. It was unclear how long the work would take, but a news release said the house would be returned to the property manager upon completion.

The stabbing deaths shook the small town of Moscow, Idaho, a farming community of about 25,000 people — including roughly 11,000 students — tucked in the rolling hills of the northern Idaho’s Palouse region.

The case also enticed online sleuths who speculated about potential suspects and motives. In the early days of the investigation, police released relatively few details publicly.

Fears of a repeat attack prompted nearly half of the University of Idaho students to switch to online classes for the remainder of the semester, abandoning dorms and apartments in the normally bucolic town for the perceived safety of their hometowns. Safety concerns also had the university hiring an additional security firm to escort students across campus and the Idaho State Police sending troopers to help patrol the city’s streets.

Monroe County is located in eastern Pennsylvania in the Pocono Mountains. The county seat, Stroudsburg, is about 100 miles (161 kilometers) north of Philadelphia.