NICHOLASVILLE, Ky. (AP) — Birders from as far away as Wisconsin travelled to central Kentucky last week in the hopes of seeing a rare pink-footed goose.

The waterfowl led them on a wild goose chase, but eventually the birders got their reward, the Lexington Herald-Leader reported. 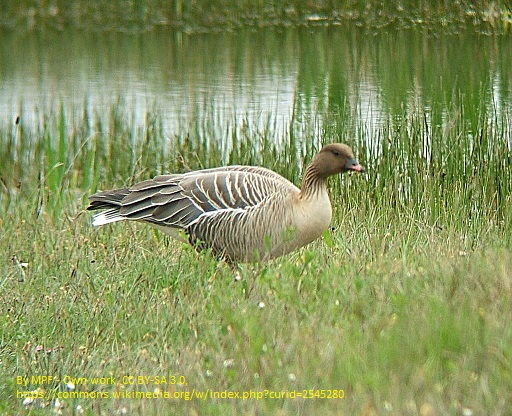 The pink-footed goose is a relatively small and short-necked bird with a dark-brown head and neck, pink legs and a small black bill with a pink band, according to eBird. It is usually found in Greenland, Iceland and northwestern Europe, but is also an occasional visitor to northeastern North America, usually with flocks of Canada geese.

However, it had never been spotted in Kentucky before November, when there was a sighting in Shelby County. The goose wasn’t seen again until just before Christmas, when it was spotted swimming in a pond at Ramsey Farm in Nicholasville.

On Dec. 20, birdwatchers from Wisconsin, Georgia, Tennessee and South Carolina converged on the farm after they were given permission to visit. The goose, however, was nowhere to be seen.
Just as they were about to give up, Central Kentucky Audubon Society board member Ronan O’Carra received a call from a fellow member that the goose had been spotted in a small neighborhood off Harrodsburg Road. The caravan of about 20 birdwatchers made their way to the new location where they took turns looking at the rare goose.

“It’s probably one of the rarest ones we’ve had,” O’Carra told the Herald-Leader. “Everyone here, if they see something rare, it goes out to all of the birders around and they’ll go out flocking to it and chase after it so they can add it to their state list.”

For more news stories happening across the U.S, click here.