ATLANTA (AP) — Atlanta Falcons wide receiver Cameron Batson was arrested by Atlanta police early Saturday morning and faces multiple charges after allegedly being involved in an altercation with an officer and fleeing the scene. 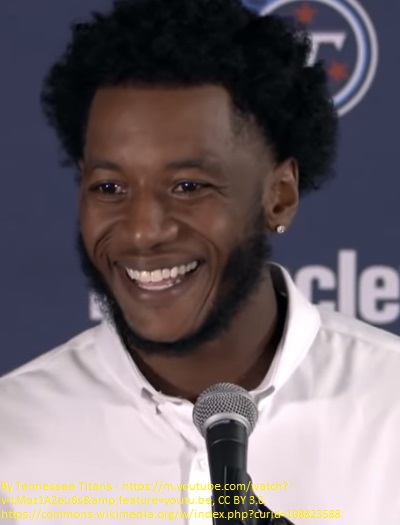 According to a statement provided to The Associated Press by the Atlanta Police Department, an officer observed a pickup truck speeding and failing to maintain its lane at about 2 a.m. Saturday.

The officer stopped the vehicle and observed that the driver appeared to be intoxicated. The statement said Batson resisted the efforts of the officer “and violently fought with the officer.”

The officer discharged his firearm but no one was struck, the statement said, and Batson returned to his vehicle, left the scene and crashed a short distance away before trying to flee the scene.

The statement said “multiple officers canvassed the area” and arrested Batson, who was trying to hide.

The officer and Batson were taken to a local hospital for injuries they received during the altercation.

Batson faces multiple charges, which the statement did not detail. The investigation is ongoing.

The Falcons said in a statement that they were “aware” of the incident “and are currently gathering information from law enforcement agencies.”

“We take this matter seriously and have no further comment at this time,” the team said.

Batson has spent the season on the Falcons’ practice squad. He played a combined 27 games, including three starts, for Tennessee from 2018-21 but has not appeared in a game with Atlanta.

He has 22 career receptions for 197 yards and three touchdowns.