Agent: Bills safety Damar Hamlin is breathing on his own

ORCHARD PARK, N.Y. (AP) — Buffalo Bills safety Damar Hamlin is breathing on his own and able to talk after having his breathing tube removed, his agent said Friday — the latest step in his remarkable recovery in the four days since going into cardiac arrest and being resuscitated on the field during a game against the Cincinnati Bengals. 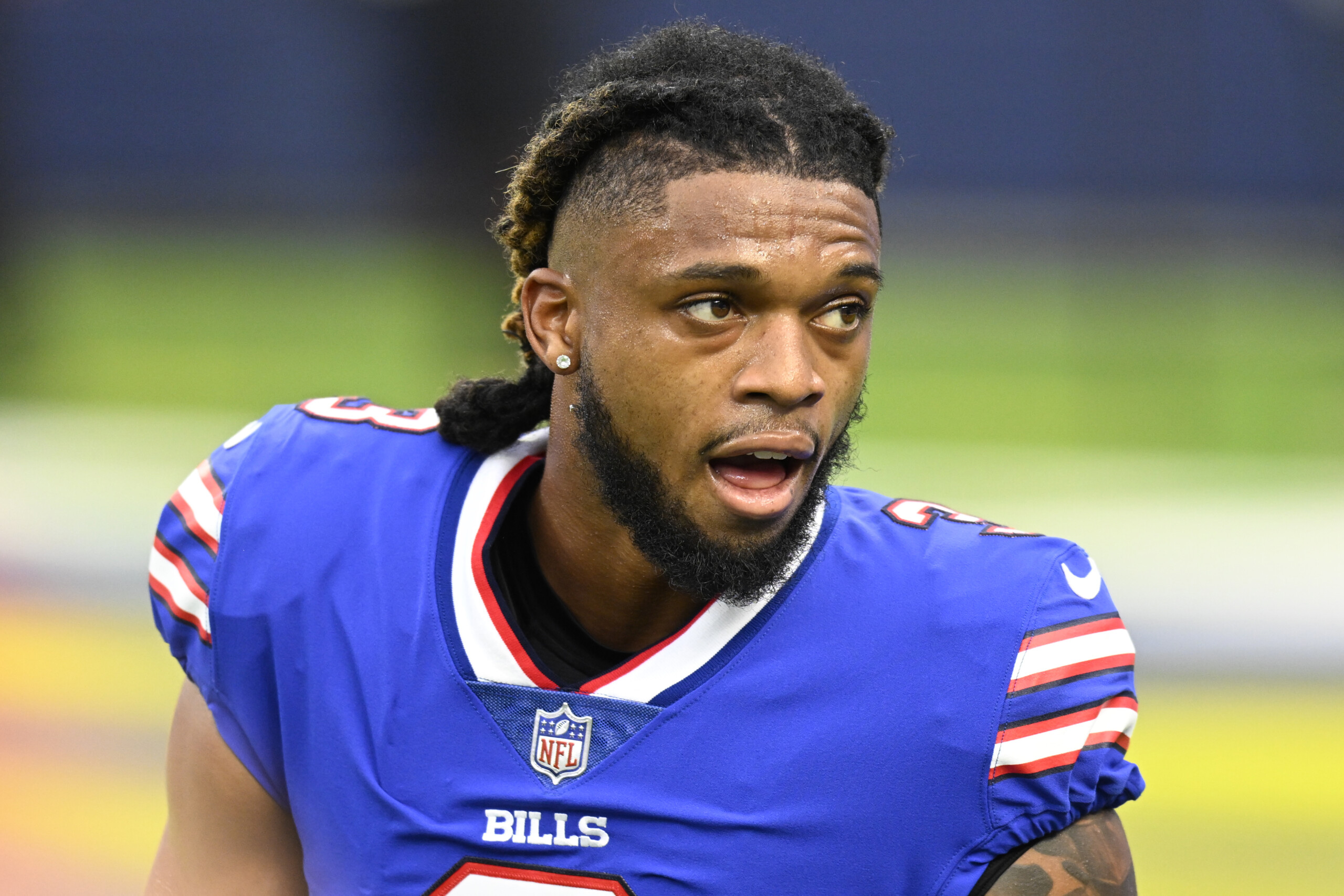 FILE – Buffalo Bills Damar Hamlin with his helmet off before playing the Los Angeles Rams during an NFL football game, Sept. 8, 2021, in Inglewood, Calif. The scenes of Hamlin’s on-field collapse after suffering cardiac arrest on Monday, Jan. 2, 2023, has forced some fans to yet again confront a truth they have always known but hated to think about: Football can go from exciting and joyous to dark and tragic in a flash. Now, as the Bills defensive back remains in critical condition in a Cincinnati hospital, fans are reflecting on their relationship with the sport they love. (AP Photo/John McCoy, File)

The Bills said on Twitter that Hamlin even joined the Friday morning team meeting by FaceTime, and told them “love you boys.” In a statement, the team said Hamlin’s “neurologic function remains intact and he has been able to talk to his family and care team.”

Agent Ira Turner was unable to provide any other details in a text sent Friday morning to The Associated Press. The development was first reported by The Athletic.

The 24-year-old Hamlin was still listed Thursday in critical condition in the intensive care unit of the University of Cincinnati Medical Center. Aside from being able to communicate by writing, Hamlin was also been able to grip people’s hands.

“So we know that it’s not only that the lights are on. We know that he’s home. And it appears that all the cylinders are firing within his brain, which is greatly gratifying for all of us,” Dr. Timothy Pritts said. “He still has significant progress he needs to make, but this marks a really good turning point in his ongoing care.”

Hamlin’s recovery continues to trend in a positive direction after his heart stopped while making what appeared to be a routine tackle in the first quarter of a game against the Bengals on Monday night. The second-year player spent his first two days in the hospital under sedation to allow his body to recover, and on an ventillator to assist his breathing.

The Bills were uplifted by the encouraging medical reports as they returned to practice Thursday in preparation to play a home game against the New England Patriots on Sunday.

The sight of Hamlin collapsing, which was broadcast to a North American TV audience on ESPN’s “Monday Night Football,” has led to an outpouring of support from fans and players from across the league. Fans, team owners and players — including Tom Brady and Russell Wilson — have made donations to Hamlin’s Chasing M’s Foundation, which had raised more than $7.8 million by Friday morning.