NASHVILLE, Tenn. (AP) — Gov. Bill Lee says Tennessee’s Supreme Court will likely wait until the state finalizes changes to its lethal injection process before it schedules any future executions. Lee’s comments Thursday came after the release of a blistering report that found multiple flaws in how Tennessee executes inmates. The review found that Tennessee has not complied with its own lethal injection process since it was revised in 2018, resulting in several executions that were conducted without proper testing of the drugs used. Lee has since promised that new leaders inside the corrections department will change the lethal injection protocol along with input from the governor’s and attorney general’s offices. However, no timeline has been provided on when those changes will be completed. 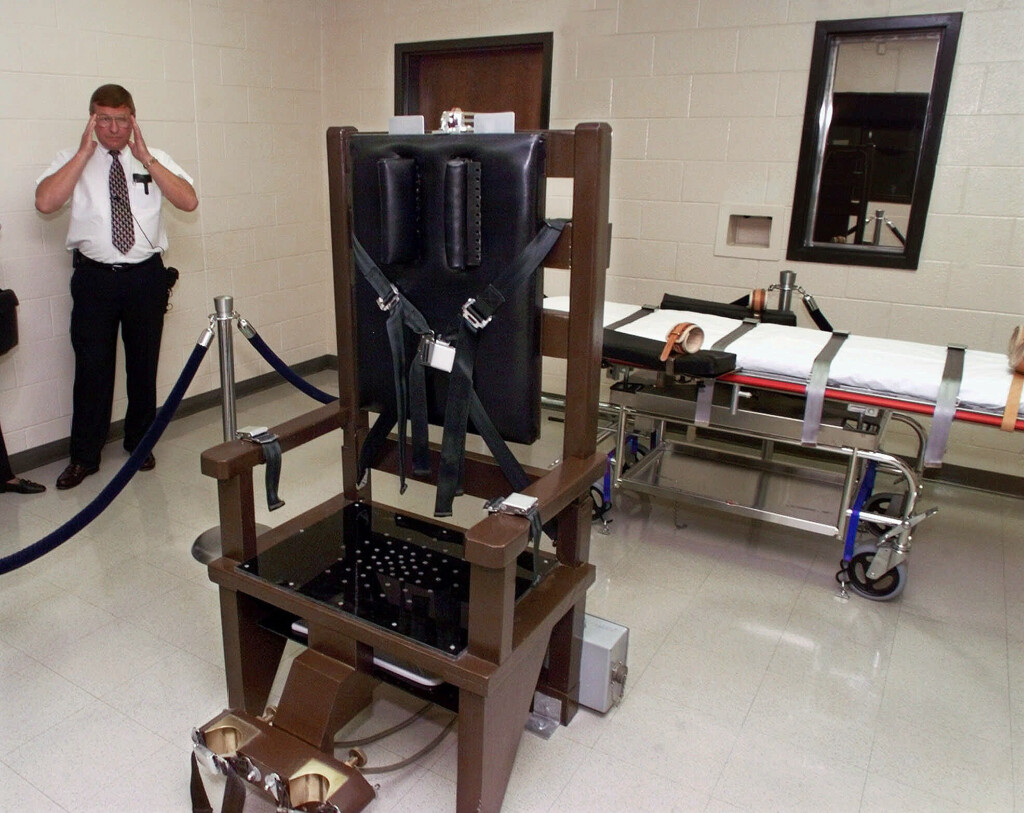 FILE – The execution chamber of the Riverbend Maximum Security Institution prison in Nashville, Tenn., is seen on Oct. 13, 1999. According to an independent review released Wednesday, Dec. 28, 2022, Tennessee has not complied with its own lethal injection protocol ever since it was revised in 2018, resulting in multiple executions being conducted without proper testing. (AP Photo/Mark Humphrey, File)

NASHVILLE, Tenn. (AP) — Gov. Bill Lee said the Tennessee Supreme Court will likely wait for the state to finalize changes to its lethal injection process before it schedules future executions, after a blistering report found multiple flaws in how inmates are put to death.

An independent review found that Tennessee has not complied with its own lethal injection process since it was revised in 2018, resulting in several executions being conducted without proper testing of the drugs used.

The review was requested by Lee, a Republican, who paused all executions in May. At the time, Lee confirmed that the state had failed to ensure its lethal injection drugs were properly tested before the scheduled execution of Oscar Smith, which was called off shortly before it was supposed to take place.

Depositions and other filings in legal challenges by attorneys for death row inmates gave glimpses into issues that were much broader and spanned further back than Smith’s planned execution, piercing through some of the secrecy built into Tennessee’s administration of the death penalty. Yet, it wasn’t until the release of the review’s report last week that the public learned the full magnitude and scope of the systematic problems surrounding Tennessee’s lethal injection protocol.

Lee has since promised that new leaders inside the corrections department will change the lethal injection protocol along with input from the governor’s and attorney general’s offices. He also said the state will review and revise departmental training on the execution process.

However, no timeline has been provided on when those changes will be completed. Meanwhile, the state Supreme Court is currently free to issue death warrants for death row inmates.

“(The Supreme Court) certainly understands that we need to create a protocol that is appropriate going forward,” Lee told reporters Thursday. “And I suspect that the Supreme Court will certainly wait for that plan to be developed in order to plan or to put any executions back on the table.”

A spokesperson for the court said the justices were reviewing the report but declined to comment further.

“It’s a very important issue that has to be done correctly,” Lee said. “And we will take the time to fix the protocol and to make certain that we don’t move forward until everything’s in place.”

Additionally, under an agreement in federal court between the state and attorneys for two death row inmates, executions are expected to remain paused to give public defenders time to challenge any new execution protocol via the courts.

Since 2018, Tennessee has used a three-drug combination to put inmates to death: the sedative midazolam to render the inmate unconscious; vecuronium bromide to paralyze the inmate; and potassium chloride to stop the heart.

The state has repeatedly argued that midazolam renders an inmate unconscious and unable to feel pain. But the newly released report showed that in 2017, state corrections officials were warned by a pharmacist that midazolam “`does not elicit strong analgesic effects,′ meaning ‘the subjects may be able to feel pain from the administration of the second and third drugs.’”

The report also rebuked top corrections leaders for viewing the “the lethal injection process through a tunnel-vision, result-oriented lens” and claimed the agency failed to provide staff “with the necessary guidance and counsel needed to ensure that Tennessee’s lethal injection protocol was thorough, consistent, and followed.”

Tennessee has put seven inmates to death since it ended a prior pause in executions in 2018 — two by injection and five by the electric chair.