Rain On The Way Saturday

A lovely scene this evening from beautiful sunset views to stars and the moon. Clouds are slowly taking over the sky ahead of the weekend. 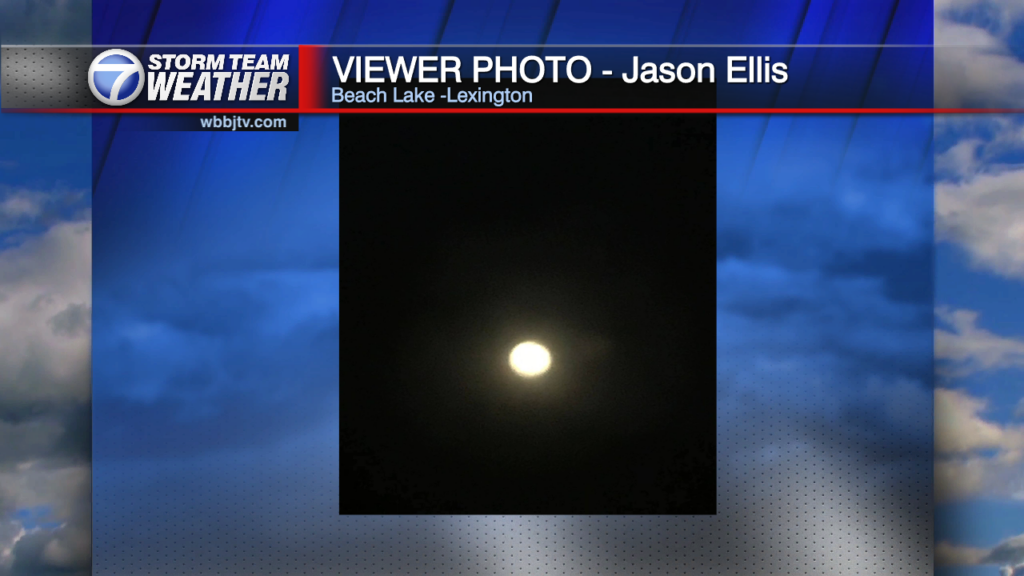 Scattered showers will move in by early morning Saturday. We’ll also notice that while it will be chilly in the late evening, clouds will keep it from being as cold late overnight. 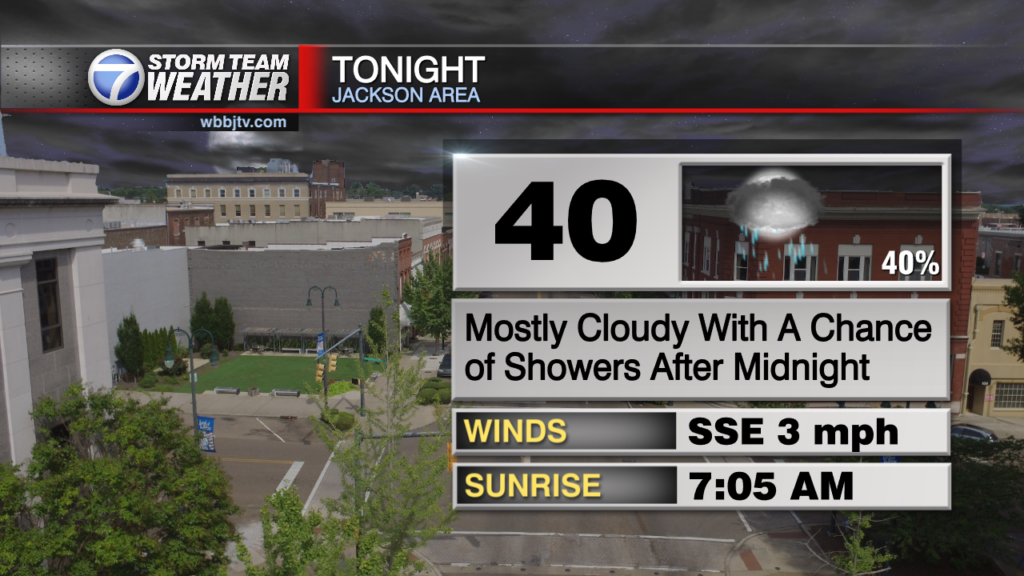 Showers will be possible late after midnight from west to east over the area. We will have the rest of your weekend’s forecast and the latest on a potential storm threat next week coming up here. 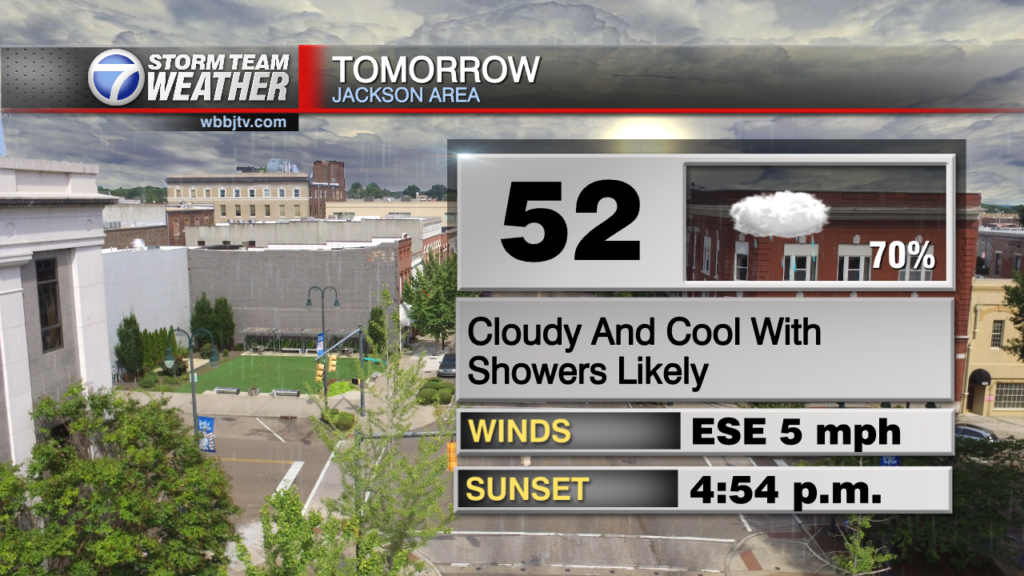 Saturday looks to bring a rainy day ahead with showers in the morning and lasting into much of the day. A few showers will linger into early Sunday morning but our Weekend isn’t a complete rain out.

Water levels continue to run high across the Mid South as well. We still have a flood warning for the Forked Deer River near Halls through the weekend.

The National Weather Service in Memphis confirmed an EF-0 tornado from early Tuesday morning that touched down southwest of Brownsville in Haywood County around 2:30AM. It was on the ground for a few minutes and tracked around 2 1/2 miles before lifting back up staying south of town. The tornado spun up quickly and developed before the National Weather Service could issue a severe thunderstorm or tornado warning with this storm. This is why they were extra cautious early Tuesday morning with the rotation area in northern Gibson and Obion Counties overnight.

Becoming mostly cloudy tonight with lows in the lower 40’s and a 40% chance of rain after midnight. Winds from the southeast around 5 mph.

Another round of rain showers looks to be on the way to West Tennessee for the upcoming weekend. Highs on Saturday will reach the lower 50s before a cold front passes cooling us down a little. Clouds will increase during the day on Saturday with rain likely and clouds stick around throughout the entire day on Sunday. The timing and location of the highest rain amounts look to be lower end between 1/10th to around 1/2 of an inch in the higher areas and we are expecting the rain to clear out by the morning hours on Monday. Saturday night lows will fall down to the low 40s and Sunday night lows will fall down again into the mid 30s. The winds will shift from the south to the northwest this weekend after the front moves through.

We are expecting a nice sunny day on Monday with highs reaching the mid 50s and dropping down to around 40° by Tuesday morning. A weak front may try to clip us on Tuesday and bring a shower or two but we are not expecting much from that system. Highs on Tuesday with reach the mid 50s and we should drop a few degree into the low 50s for Wednesday. Wednesday looks to be a transitional day in between systems with partly cloudy skies. The next chance for heavy rain or storms looks to be returning on Thursday. We will be watching things closely in the 7 Storm Team Weather Center as Thursday could bring some bigger storms with the front.

After the coldest Christmas in decades here in West Tennessee, much warmer weather is on the way as  we start off the New Year. This warm up will lead to more rain chances and the potential for some stronger storms as we kick off 2023. We had our first confirmed tornado on January 3rd near Brownsville. The next chance for  rain showers and maybe a few storms will return this weekend. You need to stay weather aware to changing weather patterns and monitor the forecasts closely. We got you covered in the WBBJ 7 Storm Team Weather Center as always.

Ice Storm to Impact West Tennessee in a Few Waves!