By John Wawrow- AP Sports Writer
ORCHARD PARK, N.Y. (AP) — Doctors described Damar Hamlin’s neurological function as “excellent” Saturday, as the Buffalo Bills safety continued making progress in his recovery after having to be resuscitated on the field in a game at Cincinnati on Monday. 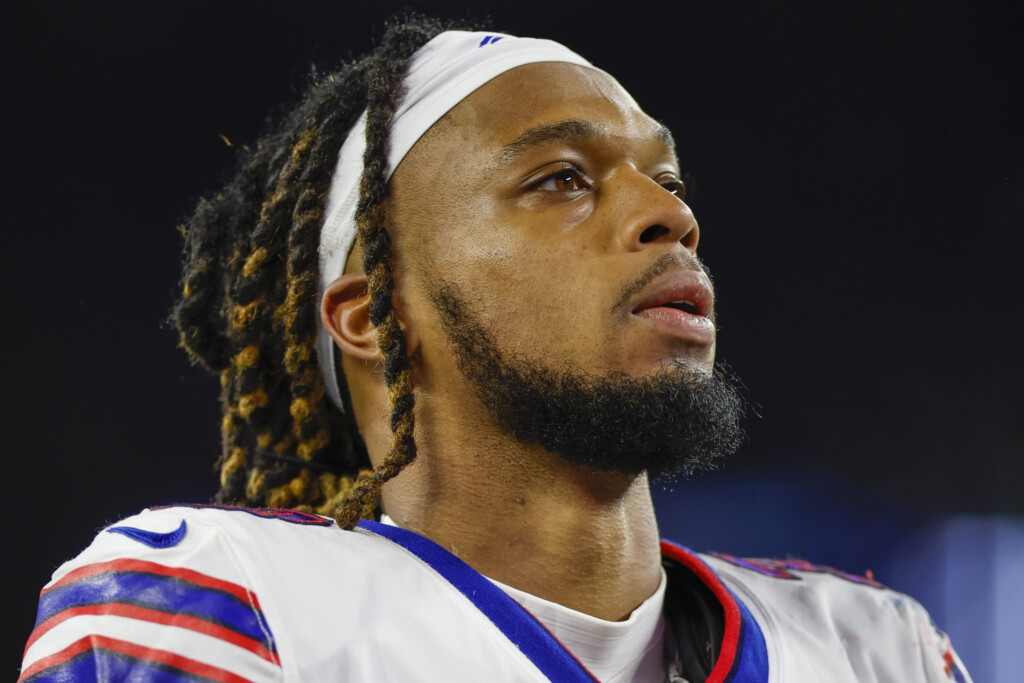 FILE – Buffalo Bills defensive back Damar Hamlin (3) leaves the field after an NFL football game against the New England Patriots, Thursday, Dec. 1, 2022, in Foxborough, Mass. Quick on-the-field emergency care from well-rehearsed medical personnel is widely credited with helping save Damar Hamlin’s life. But whether his cardiac arrest could have been prevented is much less certain. (AP Photo/Greg M. Cooper, File)

In providing their daily update on Hamlin, the Bills said the player continues to breathe on his own but remains in critical condition at the University of Cincinnati Medical Center. Hamlin took a major step forward in his recovery on Friday when he was taken off a ventilator and showed an ability to speak.

The 24-year-old also made a brief live videoconference appearance Friday for his teammates, making several hand signs and saying, “Love you boys.”

Hamlin went into cardiac arrest and his heart stopped on Monday night after making what appeared to be a routine tackle in the first quarter against the Bengals. The game was initially suspended before officially being canceled later in the week.

The Bills are planning to pay tribute to Hamlin and the first-responders and medical staff who treated the player when they close the season Sunday by hosting the New England Patriots.

The NFL also will show support for Hamlin during all Week 18 games, which start Saturday afternoon, including a pregame moment of support, painting Hamlin’s No. 3 on the 30-yard line and pregame shirts with “Love for Damar 3.” The Bills will also wear “3” jersey patches.

On Saturday, the Steelers paid tribute to Hamlin, who is from the Pittsburgh area, by delivering toys, books and teaching supplies to Kelly & Nina’s Daycare, where the player hosts an annual toy drive. Fans, players and team owners have also made donations to Hamlin’s Chasing M’s Foundation, which has raised just more than $8.2 million by Saturday afternoon.