‘Diamond,’ of pro-Trump duo Diamond and Silk, dies at 51

RALEIGH, N.C. (AP) — Lynette Hardaway, an ardent supporter of former President Donald Trump and one half of the conservative political commentary duo Diamond and Silk, has died, according to the pair’s Twitter account. She was 51. 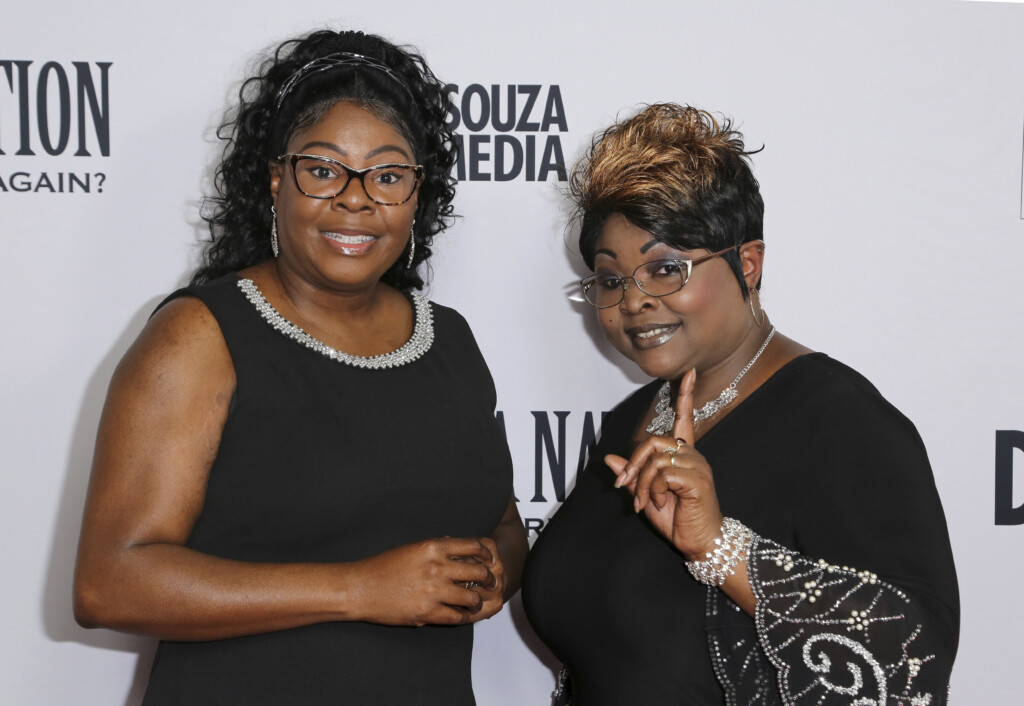 FILE – Lynnette Hardaway, left, and Rochelle Richardson, a.k.a. Diamond and Silk, arrive at the LA Premiere of “Death of a Nation” at the Regal Cinemas at L.A. Live on July 31, 2018, in Los Angeles. Hardaway, known by the moniker “Diamond” of the conservative political commentary duo “Diamond and Silk”, has died, former President Donald Trump and the pair’s official Twitter account announced Monday, Jan. 9, 2023. She was 51. (Photo by Willy Sanjuan/Invision/AP, File)

Hardaway, known by the moniker “Diamond,” carved out a unique role as a Black woman who loudly backed Trump and right-wing policies, earning fame first on the Internet and then as a cable television commentator. Her promotion of COVID-19 falsities eventually got her dropped from Fox News, but she landed on another right-wing cable platform.

She and her sister, Rochelle “Silk” Richardson, rose to prominence during the 2016 presidential campaign cycle when they appeared on stage in support of Trump, who embraced the two Black women amid widespread accusations of racism and sexism.

Hardaway’s cause of death has not been released. Trump, who called her death “really bad news for Republicans” in a Monday night post on his Truth Social platform, said it was “totally unexpected.”

“Our beautiful Diamond of Diamond and Silk has just passed away at her home in the State she loved so much, North Carolina,” Trump wrote. “There was no better TEAM anywhere, at any time!”

“The World just lost a True Angel and Warrior Patriot for Freedom, Love, and Humanity,” the account wrote Monday night, linking to a memorial fundraising page.

A memorial ceremony will be announced.

The sisters, who called themselves Trump’s “most outspoken and loyal supporters,” have said they switched political parties to support his first presidential bid, in which he carried only about 8% of Black voters in the 2016 general election. He invited them to his inauguration in 2017 and, later, to the White House.

In the introduction to their co-written autobiography “Uprising,” published in 2020, the pair wrote that they faced criticism throughout the 2016 campaign cycle from people who called them “sellouts” and worse names as they stumped for Trump. They said their time in the spotlight wasn’t planned.

“We were just going along with our lives as usual, then we were thrust into this political arena all because we dared to speak out and speak up for what we believed,” they wrote.

Raised in the Tar Heel state, the two amassed a following of 347,000 subscribers on YouTube and leveraged their Internet stardom to land many network television appearances and regular roles at Fox News.

The network removed them from its list of contributors in 2020 after they came under fire for spreading false information about the pandemic and vaccines. The duo had falsely suggested the virus was man-made and that the rising death toll was a media conspiracy to make the Trump administration look bad.

Twitter briefly locked their account for violating its coronavirus misinformation policy after they tweeted the baseless claim that “quarantining people inside of their houses for extended periods will make people sick.”