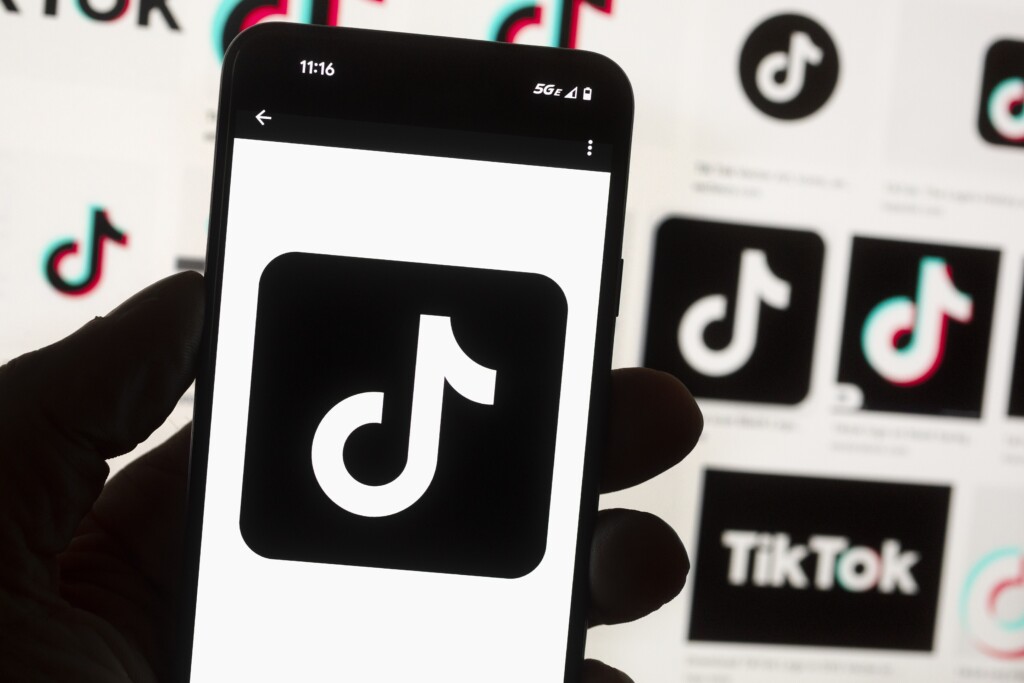 FILE – The TikTok logo is seen on a cell phone on Oct. 14, 2022, in Boston. TikTok would be banned from most U.S. government devices under a government spending bill Congress unveiled early Tuesday, the latest push by American lawmakers against the Chinese-owned social media app.  (AP Photo/Michael Dwyer, File)

TikTok is owned by ByteDance, a Chinese company that moved its headquarters to Singapore in 2020. It has been targeted by critics who say the Chinese government could access user data, such as browsing history and location. U.S. armed forces also have prohibited the app on military devices.

TikTok is consumed by two-thirds of American teens and has become the second-most popular domain in the world. But there’s long been bipartisan concern in Washington that Beijing would use legal and regulatory power to seize American user data or try to push pro-China narratives or misinformation.

Here’s a look at the action in Wisconsin and North Carolina and the broader debate over TikTok:

WHY DID WISCONSIN AND NORTH CAROLINA BAN TIKTOK?

Democratic Wisconsin Gov. Tony Evers cited concerns about privacy, safety and security, after consulting with the FBI and emergency management officials about the app. Evers’ order applies to most state agencies, with some exceptions like criminal investigators who may be using the app to track certain people.

The University of Wisconsin System, which employs 40,000 faculty and staff, is also exempt. But a UW System spokesperson said despite the exemption, the university was conducting a review and moving toward placing restrictions on the app being used on devices in order to protect against serious cybersecurity risks.

Both Evers and North Carolina Gov. Roy Cooper also prohibited the use of WeChat, a Chinese instant messaging app, on state devices.

“It’s important for us to protect state information technology from foreign countries that have actively participated in cyberattacks against the United States,” Cooper said. “Protecting North Carolina from cyber threats is vital to ensuring the safety, security, privacy, and success of our state and its people.”

WHAT ARE THE CONCERNS ABOUT TIKTOK?

Both the FBI and the Federal Communications Commission have warned that TikTok user data could be shared by owner ByteDance Ltd. with China’s authoritarian government. U.S. officials also worry that the Chinese government might use TikTok to push pro-China narratives or misinformation.

Fears were stoked by news reports last year that a China-based team improperly accessed data of U.S. TikTok users, including two journalists, as part of a covert surveillance program to ferret out the source of leaks to the press.

There are also concerns that the company is sending masses of user data to China, in breach of stringent European privacy rules.

Additionally, there’s been concern about TikTok’s content and whether it harms teenagers’ mental health.

WHO HAS PUSHED FOR RESTRICTIONS?

In 2020, then-President Donald Trump and his administration sought to ban dealings with TikTok’s owner, force it to sell off its U.S. assets and remove it from app stores. Courts blocked Trump’s efforts to ban TikTok, and President Joe Biden rescinded Trump’s orders after taking office but ordered an in-depth study of the issue. A planned sale of TikTok’s U.S. assets was shelved.

In Congress, concern about the app has been bipartisan. Congress last month banned TikTok from most U.S. government-issued devices over bipartisan concerns about security.

The Senate in December approved a version of the TikTok ban authored by conservative Republican Sen. Josh Hawley of Missouri, a vocal critic of big tech companies.

But Democratic U.S. Rep. Raja Krishnamoorthi, of Illinois has co-sponsored legislation to prohibit TikTok from operating in the U.S. altogether, and the measure approved by Congress in December had the support of Democratic U.S. House Speaker Nancy Pelosi.

WHAT DOES TIKTOK SAY?

“We’re disappointed that so many states are jumping on the political bandwagon to enact policies that will do nothing to advance cybersecurity in their states and are based on unfounded falsehoods about TikTok,” Jamal Brown, a spokesperson for TikTok, said in an emailed statement.