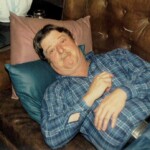 Maurice was born September 18, 1944 in Oakland, Tennessee, the son of the late Grover Jackson Joyner and Ila Nell Brinkley Joyner, both of West Port, Tennessee. He graduated from Germantown High School and joined the United States Army on August 23, 1963. He served in his unit for 32 months in Germany and was in the 2nd Recon 14th Armored Cavalry and received an honorable discharge in 1996 as a SPEC4. Maurice was employed as an aircraft mechanic with Northwest Airlines before his retirement and his proudest career accomplishment was going on strike with the company. His proudest moment in life was having his momma and daddy as his parents and he enjoyed hunting and fishing.