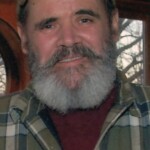 Henry Clair “Bubba” Rodgers, 65, of Brownsville, TN, passed away on Monday, January 9, 2023 at the Jackson Madison County General Hospital in Jackson, TN. The family has chosen cremation and will honor him with a private family memorial service at a later date.

Bubba was born on March 12, 1957 in Brownsville, TN to the late Henry Clair Rodgers and Bobbie Jean Marbury Coulston. Bubba loved to drive a big truck, and enjoyed all things outdoors, especially squirrel hunting. He also loved spending time at the river.

Bubba is survived by his brother George Rodgers and sister Debbie Modlin, both of Stanton, TN. He was preceded in death by his parents, Henry Clair Rodgers, Sr and Bobbie Jean Marbury Coulston.

His services will be private at this time. All arrangements are under the direction of the Lea & Simmons Funeral Home in Brownsville, TN.