KNOXVILLE, Tenn. (AP) — Negativity has dogged the Kentucky basketball program since its disappointing loss to South Carolina on Tuesday.

Heading into Saturday’s 63-56 win over No. 5 Tennessee, Wildcats coach John Calipari did his best to insulate his players while absorbing as many bullets as possible himself. 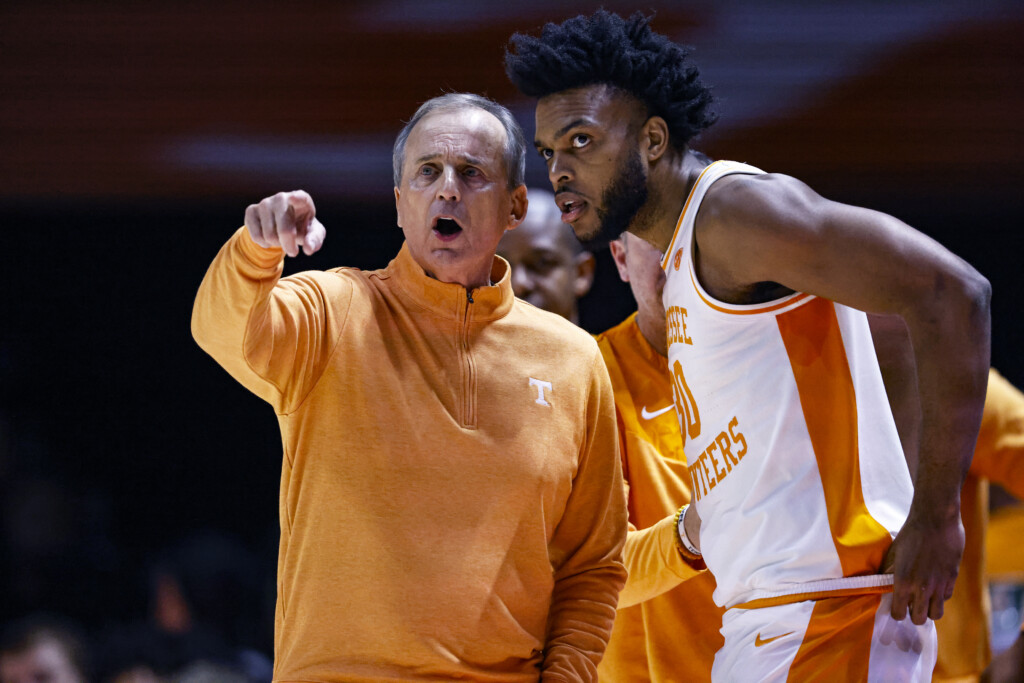 “I haven’t lost faith in any of these guys,” he said. “I’ve got a good team. (Friday night), I collected all the (players’ cell) phones and iPads and everything else.”

Kentucky led 58-50 with 3:28 left in the game. Two free throws by Santiago Vescovi and two buckets by Uros Plavsic closed the gap to two with less than a minute to play.

A Wildcat turnover gave Tennessee a shot to tie or take the lead, but Zakai Zeigler and Plavsic missed down low.

“Both coaches made it a slugfest,” said Calipari. “Nobody backed down.”

The Wildcats showed a physical presence and dominated the Volunteers on the boards, 43-23. Tennessee came into the game leading the SEC in rebounding margin (+9.94).

“Our frontline’s gotta do a better job rebounding,” said Tennessee coach Rick Barnes. “On the defensive end, we have to get everyone involved.”

The Tennessee big man Plavsic, who scored 19 points, was the only Vol to match Kentucky’s physicality.

Calipari said the strategy was to focus on the Vols’ perimeter play, while letting Plavsic have his way.

Vescovi, who tweaked his shooting (left) shoulder in a collision early in the game, had seven in the first half for Tennessee. He finished with 13 points.

“We had some uncontested looks at the rim,” Barnes said. “Point-blank layups — you’ve gotta make them.”

POLL IMPLICATIONS
During his 36 seasons as a head coach in college basketball, Rick Barnes has led his teams into the AP Top 25 a total of 299 weeks. That includes 131 weeks in the Top 10.

BIG PICTURE
Kentucky: Besides the frustration that comes with six losses this early in the season, the Wildcats have had to deal with injury problems. G Cason Wallace (back) and F Jacob Toppin (shoulder) have been sidelined. Both started against the Vols. … Big man Oscar Tshiebwe leads the SEC with 10 double-doubles this season. … Sahvir Wheeler leads the SEC with 6.3 assists a game. This is his third straight year on top. … John Calipari coached his 36th game against Tennessee. No other coach has led his team against the Vols in as many games.

Tennessee: Senior G Santiago Vescovi has been hot lately. He came into the Kentucky game averaging 16.5 points over his last five games while shooting 60% from the field and 57% from 3-point. … Zakai Ziegler, who has gotten used to his role as a point guard coming off the bench, had 27 assists in his last three games heading into Saturday. … Chris Lofton (2004-08), the SEC’s all-time leader in 3-point baskets made (431), had his No. 5 hoisted into the rafters of Thompson-Boling Arena.

UP NEXT
Kentucky: Hosts Georgia on Tuesday.
Tennessee: Visits Mississippi State on Tuesday.