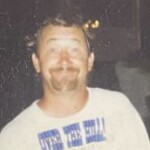 Leonard “Bruce” Bushart Sr, age 73, passed away on Monday, January 16, 2023, at the Sanctuary Hospice House of Tupelo, MS.  All services are under the direction of the Bells Funeral Home.

Mr. Bruce was born in Bells, TN, on April 23, 1949, to the late Bussell and Margaret Bushart.  He worked as a mechanic for over 50 years with Sear’s Auto Center and Jack Pirtle/Victory Honda.  He proudly served his country in the United States Army.   He was also preceded in death by one brother:  Russell Bushart, Jr. and one sister:  Tammy Epperson.

The Bushart Family are honoring his wishes for cremation and further information will be announced as it becomes available by the Bells Funeral Home.