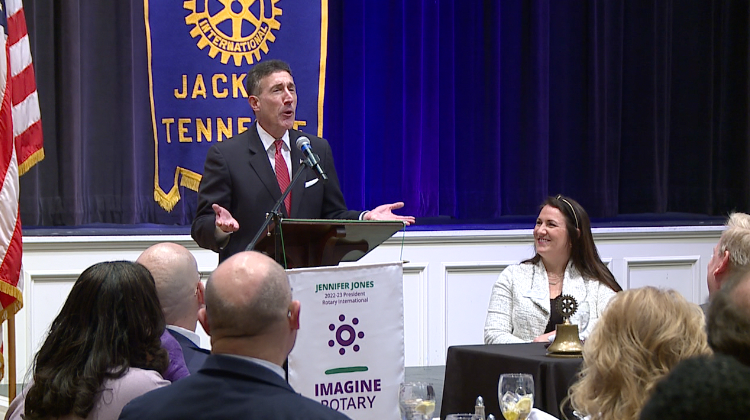 Kustoff spoke about the past, present and future of the United States. He mentioned inflation, the border with Mexico, the recent vote for Speaker of the House, and more.

“McCarthy, when we were campaigning, said the very first vote we’re going to take once Republicans take control of the House is repealing those 87,000 new IRS agents,” Kustoff said during his speech.

He also mentioned a new select committee that is aimed at investigating China and alleged manipulation of the supply chain.

“I want to tell you something, that was a bipartisan vote we took last week,” he said. “That is exactly what we need to protect our national interest. I couldn’t be more proud of the bipartisan effort in the House of Representatives.”

He also mentioned the alleged taking of top secret documents by both President Joe Biden and former President Donald Trump.

According to several outlets, including Snopes, an executive order from the Bush era that was retained under former President Barack Obama gave the same power to declassify documents as a president to the vice president.

“Make no mistake, this Congress, there is going to be a great deal of oversight that looks into this and investigates this,” Kustoff said.

Also, Kustoff spoke to Downtown Rotary members about what he’s trying to do at the federal level.

“This Rotary Club is a great club, and to your point, there are a lot of influence leaders in this club. So this is my account to talk about what’s going on in Washington, what has gone on, what is going on, what I think will go on. But frankly the question and answer part, when people ask direct questions of me, number one, it gives me further insight into what people are interested in in Madison County and in West Tennessee,” Kustoff said.

Questions from the audience included the Canadian Keystone XL Pipeline, violent crime, among others.

Kustoff says the Downtown Rotary Club is one of the finest in West Tennessee.