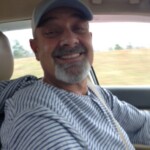 Rob was born June 14, 1964 in Memphis, Tennessee, the son of Jim Mynatt and Dianne Kelsey Mynatt Marnell. He graduated from Collierville High School in 1982 and was employed at Delta Airlines and then at FedEx. Rob was a member of Colonial Hills Church in Southaven, Mississippi and was an avid golfer who enjoyed hunting and fishing. Rob will be remembered for being a dedicated father and Christian.