Lawyer: Gun used by child who shot teacher was ‘secured’

NORFOLK, Va. (AP) – The family of a 6-year-old boy who shot and wounded his teacher in Virginia says that the gun he used had been “secured” and that one of his parents usually accompanied him in class but did not the week the shooting occurred. 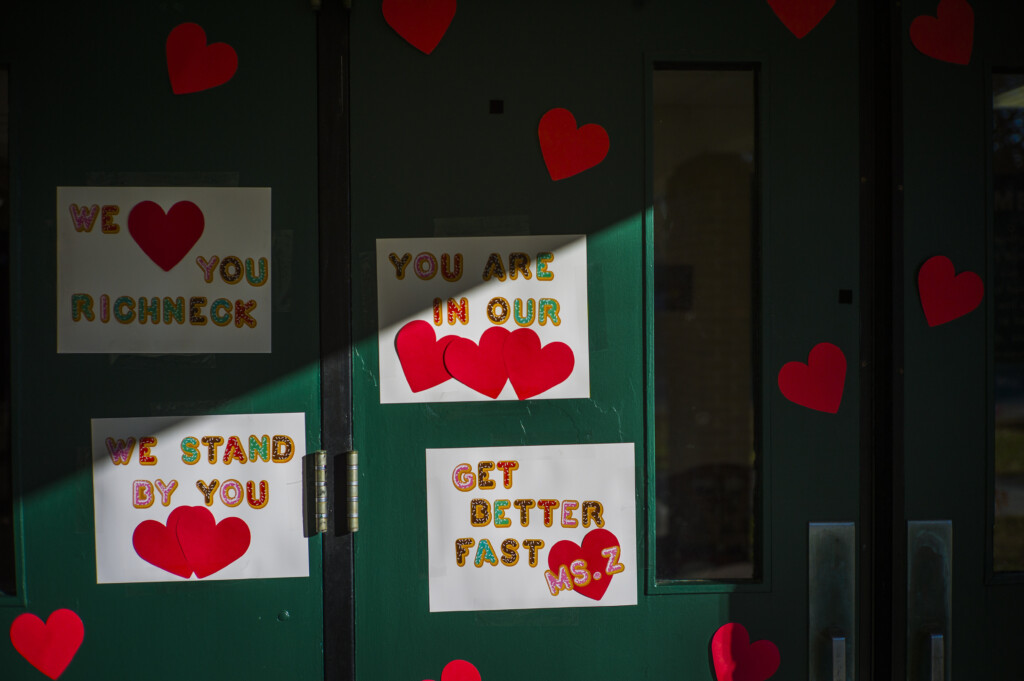 Messages of support for teacher Abby Zwerner, who was shot by a 6 year old student, grace the front door of Richneck Elementary School Newport News, Va. on Monday Jan. 9, 2023. The Virginia teacher who authorities say was shot by a 6-year-old student is known as a hard-working educator who’s devoted to her students and enthusiastic about the profession that runs in her family. (AP Photo/John C. Clark)

The family’s statement was released by an attorney and did not elaborate further on where the 9mm handgun was kept.

The family also said that the boy “suffers from an acute disability and was under a care plan at the school that included his mother or father attending school with him and accompanying him to class every day.”