A trough of low pressure brings yet our second batch of rain for the weekend tonight with light to moderate rain falling on radar. Take the umbrella heading out this evening and tonight as showers will be with us through about midnight before moving out. 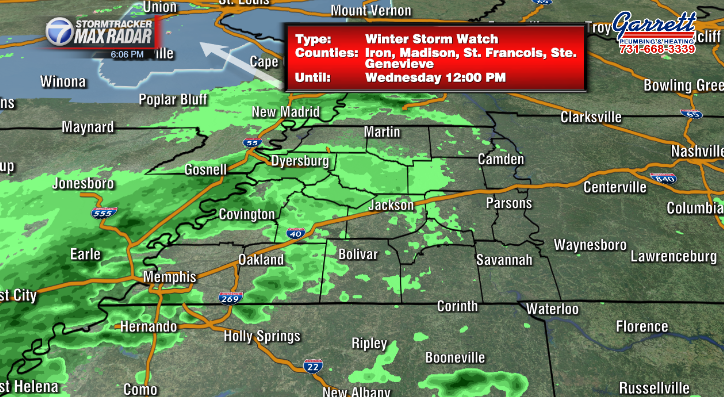 Temperatures will fall to around 32 by sunrise in the morning with skies remaining mostly cloudy until about mid morning when we start to break away to partly sunny skies in the area.  Another stronger storm system will dive far south into Texas by around Tuesday morning and bring heavy rain and gusty winds to west Tennessee by late Tuesday into Wednesday. Accumulating snow are expected just to our northwest on the northern side of an area low pressure system.

Showers will continue through around midnight with lows down to 32 by morning. Light northwest winds or 5 to 8 mph. 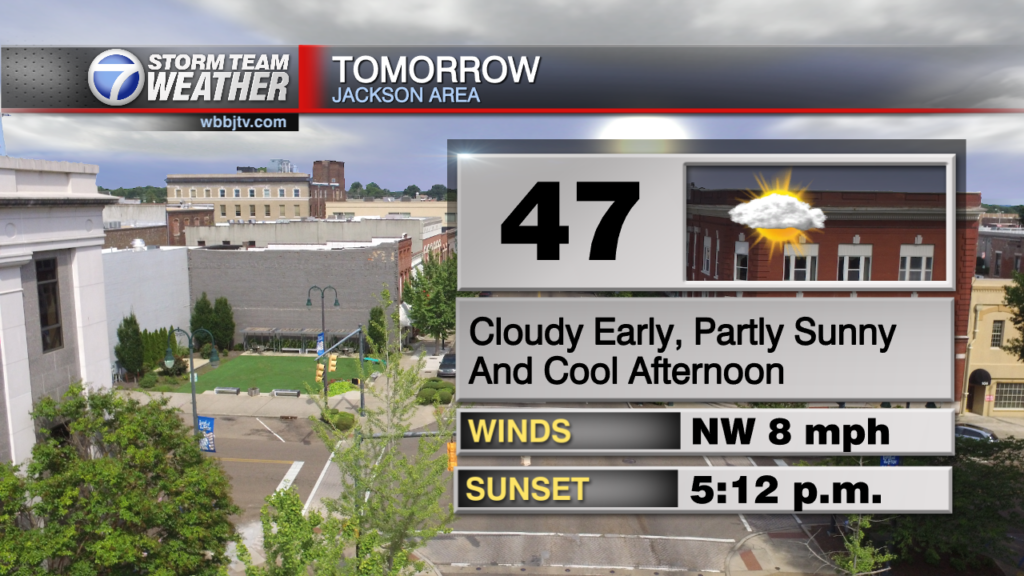 We’ll stay dry until Tuesday afternoon as our next system moves in with a 90% chance of rain by late evening. Winds will gust as high as 30 mph into Tuesday evening and Wednesday morning. We’ll have increasing clouds Monday night with lows in the upper 20’s. Cloudy with rain likely by late Tuesday afternoon with highs in the lower 50’s. Tuesday night a 100% chance of rain with rain heavy at times and lows around 38. 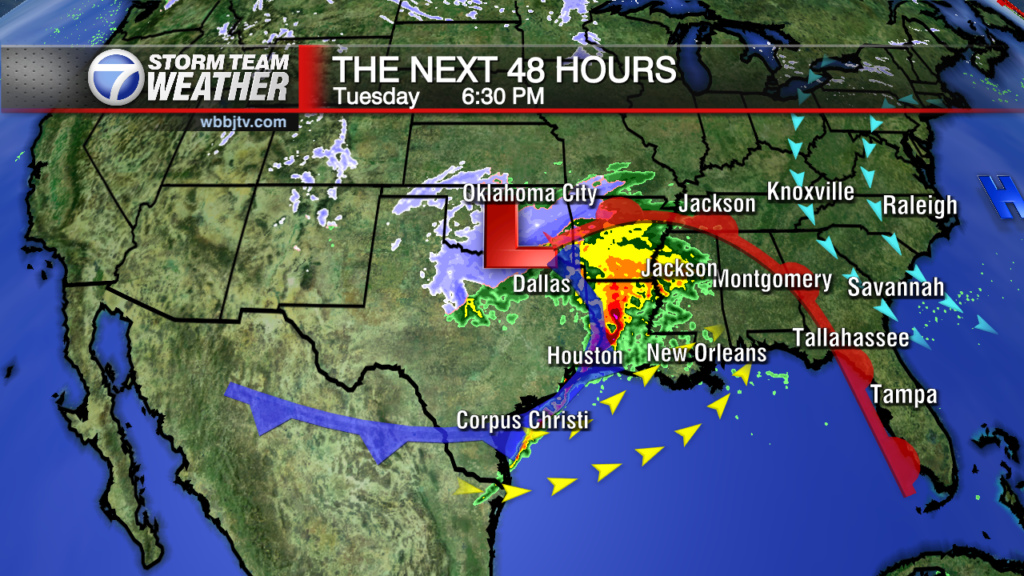 Showers will linger into the day on Wednesday as colder air works in the from the northwest and a few snow flurries in the mix are possible into Wednesday afternoon and evening. Highs on Wednesday around 44 with chance of rain around 30%. 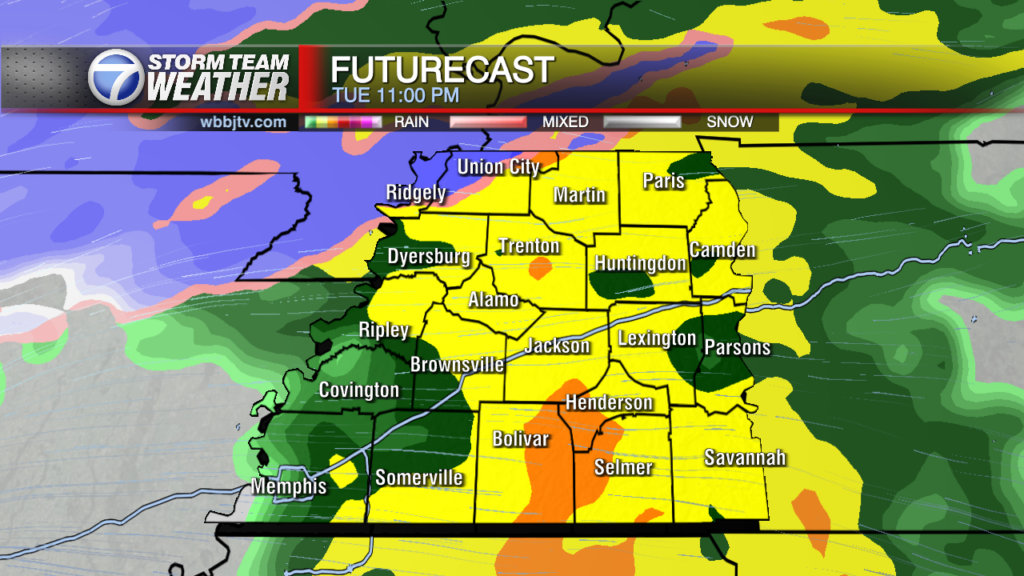 Accumulating snows will fall just to our northwest and while it looks like as of right now most of the snow will stay north, we’ll be watching the fine tuned track and patch of the system just in case as any movement a little further south could make a difference especially for our northern counties. 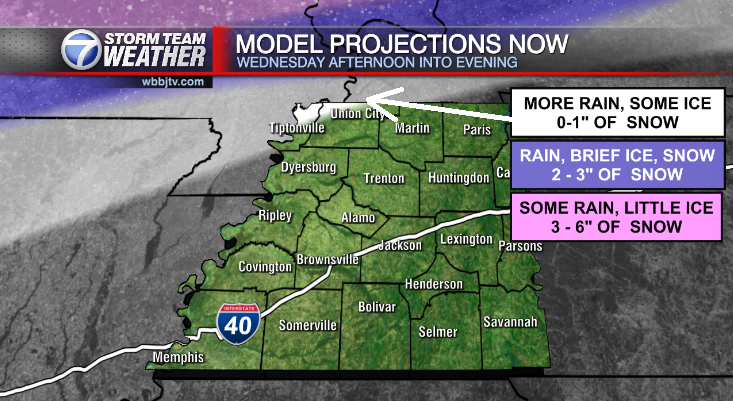 Wednesday night we can expect mostly cloudy skies and lows around 32. Thursday looks mostly cloudy with a slight chance of flurries or sprinkles and highs around 40. Winds will remain brisk and from the west around 10 to 20 mph.

After the coldest Christmas in decades here in West Tennessee, warmer weather has returned for most of the start of the new year. This warm up will lead to more rain chances and the potential for some stronger storms as we kick off 2023. We had our first confirmed tornado on January 3rd near Brownsville. The next chance for  rain showers with return this weekend and maybe a few storms will return next Tuesday night, but that system could also bring some snow or a wintry mix with it Wednesday as well. You need to stay weather aware to changing weather patterns and monitor the forecasts closely. We got you covered in the WBBJ 7 Storm Team Weather Center as always.