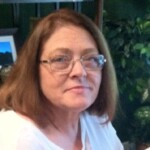 Cynthia Marlene Holliman Brown, age 66, passed away on Wednesday, January 11, 2023, at her home in Maury City, TN. All services are under the direction of the Bells Funeral Home. A Memorial Service to Celebrate the life of Mrs. Cindy will be conducted on Saturday, February 11, 2023, at 2:00 P.M. in the Chapel of the Maury City Church of God. Mrs. Brown was born on May 25, 1956, in Pontotoc, MS, to the late Clayton Holliman and Minnie Sue Palmore Holliman. She was a member of the Maury City Church of God. Mrs. Brown worked for many years at UPG Gas and Utility Department. She was also preceded in death by her husband of over 25 years: Mr. Thomas Alvie Brown. She is survived by one son: David White of Jackson, TN; one daughter: Karla Vasquez of Maryland; three grandchildren: Emily White, Jordan Vasquez, and John Vasquez all of Alamo TN; two brothers: Tom King and Charles “Bud” King both of Maury City, TN. She leaves behind the legacy of numerous extended family members and friends.