Suicide prevention fundraiser to be held in Jackson

JACKSON, Tenn. — One local musician is hosting an event for suicide prevention. 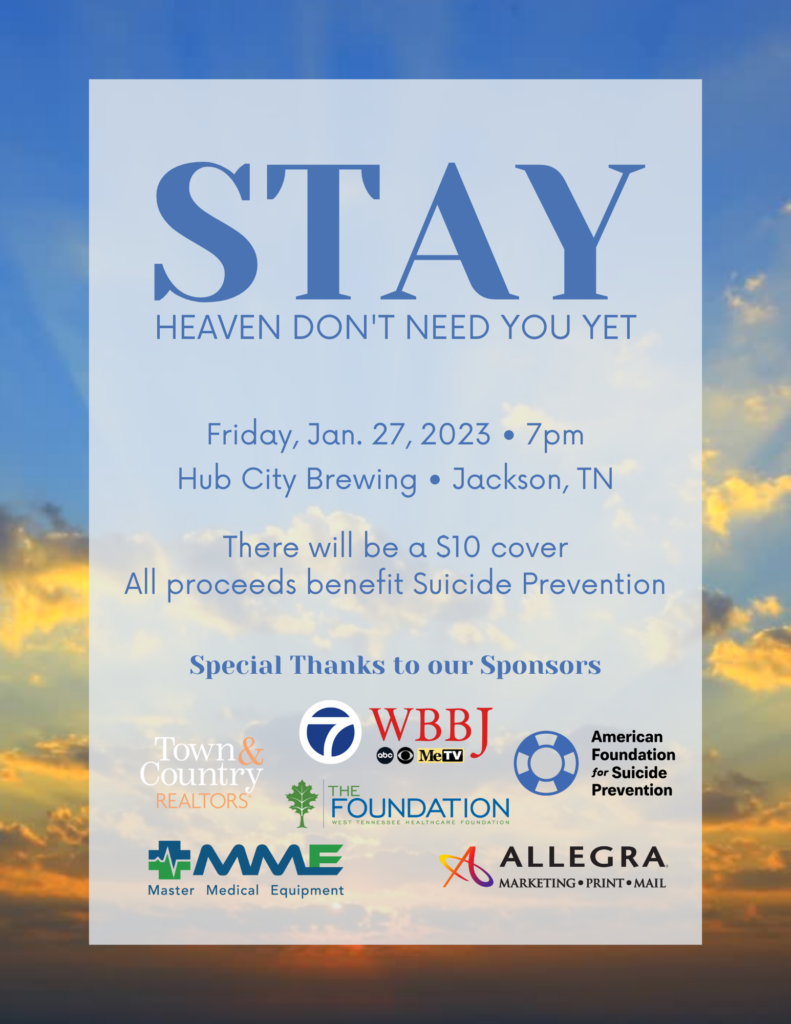 The event will not only raise funds for local suicide prevention organizations, but also serve as a release party for Newman’s new single, “Heaven Don’t Need You Yet.”

This song was written after Newman’s friend committed suicide a year ago. Newman said the best way to process his emotions after the loss was to put it into song.

At the event he will sing his new song live and five other original songs. Newman said his goal is to raise $4,000 at the event.

“If we can create generational effects of hope, and to, you know, potentially change one person’s mind from doing that same thing. That’s the goal,” Newman said.

The $10 cover charge will be donated to local suicide prevention organizations.