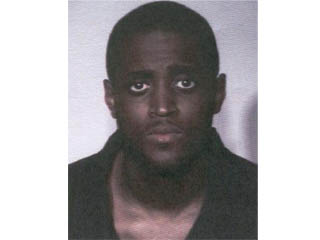 JACKSON, Tenn. — A man is found guilty of first degree murder after fatally shooting another man in 2011. The just took just longer than an hour for the jury to find Damarcus Cole guilty of the shooting death of Demetrius Cole. The two men are not related. Damarcus was also found guilty of especially aggravated robbery. In October of 2011, investigators believe Damarcus invited Demetris back to his apartment and arranged for two men to rob him. Demetris was fatally shot. The investigation is ongoing to determine the other two men’s identities. One man was described as a black male, light complexion, 6′ 0″ in height. He wore eyeglasses and had a short hair cut. The other man was described as a black male, dark complexion, 5′ 5″ to 5′ 7″ in height. Both men were thought to be between the ages of 20 and 25. Anyone with information is asked to contact the Jackson Police Department’s Major Crimes Bureau at 731-425-8400 or Crime Stoppers at 731-424-8477 (TIPS). Submit a cyber tip at www.424tips.org and click on “Web Tips”. Damarcus Cole will be held pending sentencing at 10 a.m. Nov. 12 in Circuit Court. Cole faces life (60 years) for felony murder and 15 to 25 years for especially aggravated robbery.