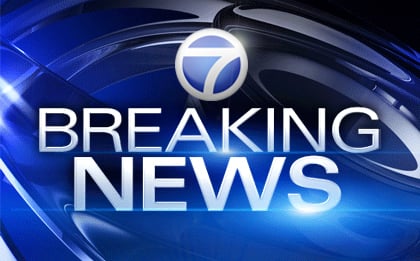 UPDATE: Jackson police identify second shooting suspect as Johnny Wade, 19, of Jackson. Chermaine Owens-Shivers, mother of Markel Owens, wife of Johnny Shivers and survivor of the shooting said, “I don’t forgive them, I don’t.” The U.S. Marshals Gulf Coast Regional Task Force and Ripley police arrested him around 6 a.m., Saturday, at a home in Ripley. A tip led them to Lauderdale County. Both Johnny, pictured on the right, and Derrick Wade, pictured left, are now in custody at the Madison County Jail. By judge’s order, Derrick Wade has been ordered to be held without bond. Judge Blake Anderson will consider bond for Johnny Wade on Sunday. “I’m [going to] continue to pray that they get the death penalty on this because if you don’t care anything else about life to what you did, then you don’t even deserve your own life,” Owens-Shivers said. Both men are charged with two counts of felony murder, especially aggravated robbery, attempted first degree murder, aggravated assault and tampering with evidence. David Dickey, a resident on Walter Rd. said, “The police have done a really good job as far as patrolling the area more and they did a really good job getting on it as quick as they did.” Both men will make their first court appearance on Tuesday. ———— 10:35 a.m. JACKSON, Tenn. – Jackson police confirm a second suspect has been arrested in the Wednesday night triple shooting on Walker Road, where two men died. Derrick Wade was arrested Thursday night in Memphis. He faces several counts including felony murder. He was wounded and sought treatment at The Med. He was arrested at a relative’s house in Memphis. Two men died in the home invasion. Liberty Tech alum and Arkansas State University football player Markel Owens and his stepfather Johnny Shivers were fatally wounded. Owens’ mother and Shivers’ wife, Chermaine Owens-Shivers, is recovering from a shot to the leg. Owens’ 16-year-old brother was uninjured. Stay tuned to WBBJ 7 Eyewitness News for the latest developments.