Half Million Dollar Bonds Set for Pair Charged in Shooting 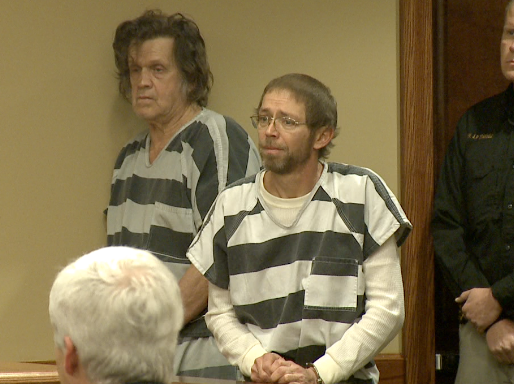 CHESTER CO., Tenn. — The father and son accused of shooting and critically injuring a man in Chester County Wednesday had their first court appearance Friday morning. David and Tony Tucker were arraigned and officially charged with attempted first degree murder and tampering with evidence. During the hearing, Judge Larry McKenzie read aloud what eyewitnesses say they saw moments before the shooting occurred. “Shortly before the shooting he witnessed an altercation between Jason Thomas and an older white male in an older model white pick up,” Judge McKenzie said. “The elderly man told Jason he would be right back and take care of this.” Deputies say David got his son, Tony Tucker, to help look for Thomas, and when they spotted them eyewitnesses told deputies Tony grabbed a gun from his car and pulled the trigger. Investigators have not said what the alleged argument was over. “Witnesses of the shooting were shown photo line ups including pictures of David and Tony Tucker,” Judge McKenzie said. “David and Tony were both identified as the two men in the white truck. Tony Tucker was identified as the shooter.” Both David and Tony’s bonds were both set at $500,000. Their next court appearance will be on February 4th.