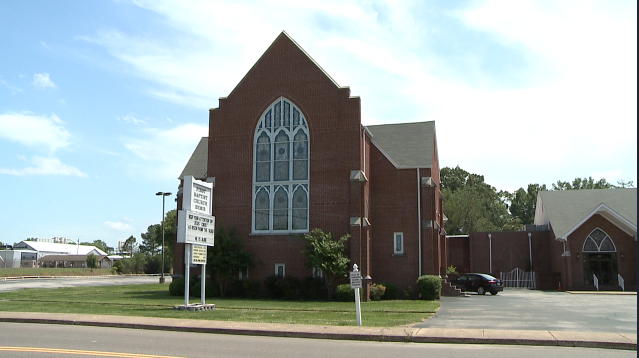 MADISON COUNTY, Tenn. — A Bemis church is in legal trouble after a mother alleges it created a “foreseeable risk of harm” that led to the molestation of her young daughter. According to the lawsuit, Chad Lutrell, a longtime member of First Baptist Church in Bemis, inappropriately touched the 10-year-old while volunteering at the church’s Vacation Bible School in June 2009. The girl’s mother now says the church is to blame for her daughter’s abuse because it did not properly handle similar sexual assault claims made years prior. WBBJ 7 Eyewitness News spoke to the family’s attorney, Adam Horowitz Wednesday. He tells us the family had no idea of Lutrell’s past when they sent their daughter to the church program. “The family feels that this is they type of information that should have been disclosed to the family of the kids who were enrolled in the camp,” Horowitz said. Lutrell had a history of what the lawsuit calls “substantial problems” with the female portion of the church’s congregation, and was reported to Jackson Police by the pastor of the church, Mark McSwain. According to their attorney, the family feels Lutrell should have never been allowed to work with kids. “He’s an animal quite frankly, and probably couldn’t control his actions,” Horowitz said. “But the church could have, and had they made safer decisions this would have never happened. The family’s attorney claims the victim, now 15-years-old, has been through years of therapy after the assault. The lawsuit is asking for $2 million. First Baptist Church of Bemis declined to comment on the lawsuit Wednesday.