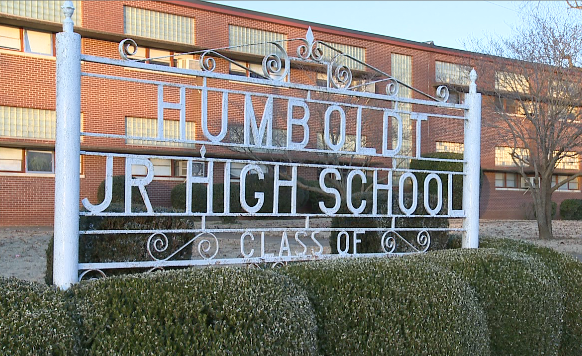 HUMBOLDT, Tenn. — Members of the Humboldt Special School District Board made a decision Thursday to close one of its schools. Members voted Thursday night to close Humboldt Junior High with a 3-1 vote, with one abstention vote. The decision will move 7th and 8th graders to the high school. Board members believe this will benefit students for years to come. Parents on both sides of the debate weighed in. “I do have a lot of concerns,” Marquita Patterson said. Patterson said she has a daughter in the 8th grade and the decision to move middle schoolers into the high school concerns her. “I’m not sure if that’s a good idea because I believe at some point there will be an interaction,” Patterson said. Robert Williams said he attended Humboldt Junior High when it was the high school and has a son there now. He said he’s okay with what the school being closed. “If they save money on the upkeep of the building they can use that money towards programs for the children,” Williams said. Superintendent Dr. Versie Hamlett said nearly $257,000 has been spent from July 2012 to the present on utilities and maintenance to upkeep the school. Hamlett said the school system would save roughly $100,000 a year that can be spent on student programs. She said the move would be done by next school year and moving costs would be minimal. She said renovation costs would only be needed to extend the high school driveway. The middle school gym and alternative school will still be used. According to Dr. Hamlett closing the school had been in the talks for the past 15 years. Moving from the middle school to the high school is set to be complete by the end of next June. Hamlett said middle school athletics and band will still run.