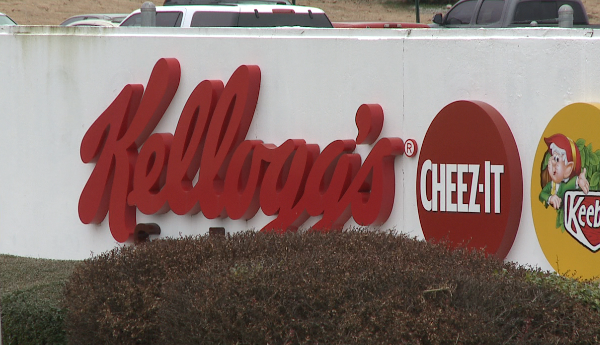 JACKSON, Tenn — Kellogg took a large step towards bringing more jobs to West Tennessee Friday, after the sale of land in west Madison County closed. Jackson officials said will be the largest facility ever built in the city. Leaders with the Jackson Chamber says Kellogg expanded presence in the Hub City is a sign they are invested in West Tennessee. “It’s a stamp of approval when someone validates your community again,” President and CEO of the Jackson Chamber, Kyle Spurgeon said. “It tells you and tells other folks that Jackson’s a great place to do business.” Jackson residents said they are glad businesses are bringing more jobs to the area. “Kellogg has been a great fit for the city of Jackson, and I’m just so delighted that we have those type of workers that we are drawn to Kellogg and that Kellogg was not drawn to Memphis or Nashville or any of the other hubs,” Jackson resident Michael Johnson said. “I think its great for the area and for the local economy,” Jackson resident Bryce West told WBBJ 7 Eyewitness News, Friday. “Its going to create jobs which we obviously desperately need in this area.” “I’m glad to see Kellogg coming in and not just taking over, but seemingly adding to that role that P&G had here for so long,” Steve Tilleros said. City officials said they expect the facility to hire around 100 workers, and expect the distribution center that should be fully functional by the middle of 2015.