Cigarette prices going up in Tennessee under new law 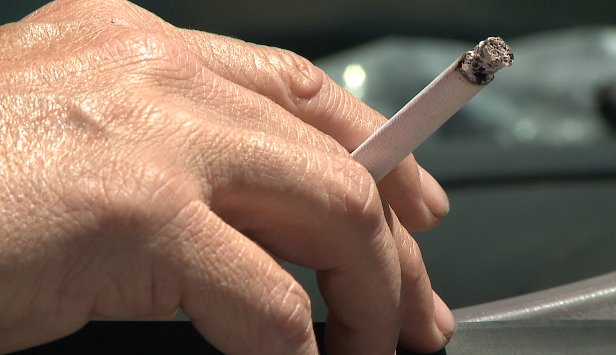 JACKSON, Tenn. — A new state law takes aim at smokers and gives store owners the option to raise prices and keep the profit. The new law signed by Gov. Bill Haslam mandates the minimum markup on cigarettes will go up 85 percent over the next two years. Some smokers in West Tennessee said no matter how much prices rise they’ll continue to smoke. “No, it’s not going to stop me,” Stephen Maples said. Stores now can charge at least 76 cents per pack to pad their profits. It was 41 cents. “When I first started smoking, my cigarettes were $3.50, somewhere in there, and now they’re more than a dollar more, and they continue to go up,” Hillary Jones said. “Plus I’m a single mother, so the habit’s just not worth it.” Other smokers such as Hillary Jones said this increase in cost will be the kick they need to quit for good — something health experts are hoping for. “Tennessee ranks 46th in smoking out of the 50 states, meaning that we are at the bottom four,” Melissa Walls with West Tennessee Healthcare said. Walls said Tennessee has always been one of the ten worst states for smoking. “It’s really a sign that people in Tennessee really do need to think about smoking and the way that it impacts us in our community,” Walls said. Although the increase is projected to add $129 million to retailers’ pockets by its third year, some shop owners are afraid sales will decrease. “Price increases for a store have never been good because volume will decrease to some extent,” said Gary Rolison of Tobacco Place II, The Smoke Shop and Cigarettes Cheaper. This is the first change in the state’s cigarette markup in 65 years.