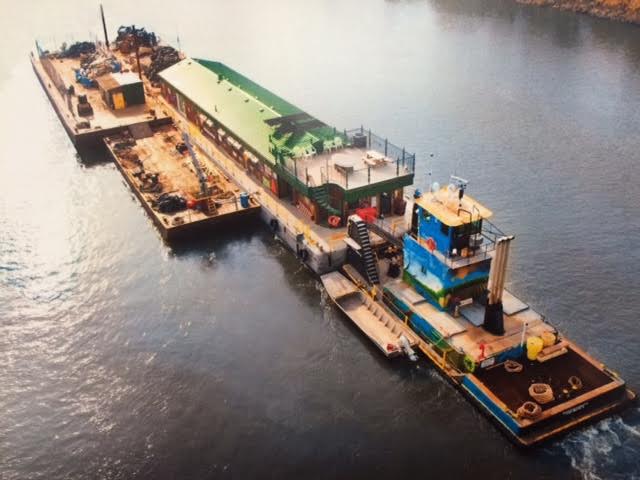 PARIS, Tenn. — An internationally recognized cleanup crew made their way to West Tennessee through the Tennessee River, and they’ve already picked up 20 tons of garbage. The nonprofit Living Lands & Waters started the “Tennessee River Tour” in April. Sunday, they anchored at the Paris Landing State Park in Paris. Motorboats transported volunteers to the main barges used to hold the garbage they collected on the water’s shoreline. “There are lots of things that are found on the river that shouldn’t be there, and it’s just important that people get involved,” Pat Terrell said. Coordinators said about 23 people braved the rainy weather to volunteer. Program manager Tammy Becker said the tour came with a towboat, three garbage barges, floating classrooms and living quarters for the traveling crew. “People don’t realize how much garbage is there, and we came to do what we could,” Becker said. She also said one of the program’s goals is to connect local volunteers with local cleanup groups. When their barge leaves Paris, the mindset of a cleaner park doesn’t leave with them. Becker said 80 percent of the items collected are recycled. However, the remaining 20 percent included items like Styrofoam and mattresses, which frequently end up in landfills. She said since the organization started 17 years ago, they’ve collected 8.5 million pounds of trash. The organization is planning to stay in Paris until Tuesday before moving on to their last stop in Paducah, Ky.