Sacred Heart up for the challenge 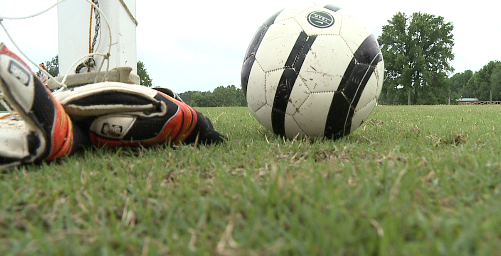 JACKSON, Tenn. – Sacred Heart’s soccer team doesn’t need a piece of hardware from the Spring Fling Championships to validate their season as ‘champions.’ The Knights have defied the odds by reaching their first-state tournament in school history. The feat doesn’t surprise them. “It’s something I knew we could do the moment I came to the first practice,” said freshman Sean Graham. “The state of mind we had at the beginning of the season is we can do this.” Sacred Heart spoke their aspirations into existence. The more impressive accomplishment is a Sacred Heart getting this far with less than 100 kids in their student body. “People would think it’s ludicrous that Sacred Heart would go,” said head coach Christopher Harrington. “We believed from day one. It’s my job to instill in my kids that they are good enough to go.” Graham’s confidence about his team reaching Murfreesboro never wavered, but even he says getting this far is surreal. “We’ve done something that’s never been done with a Sacred Heart crest,” said Graham. “It was special, and hopefully going to continue to be special.” The Knights’ first state tournament obstacle is on Wednesday against Webb School of Knoxville. The Spartans are winners of 16-straight and have reached the state championship game twice in the last three years. Their impressive resume doesn’t fear Harrington. “We play against teams that are very similar — St. George, Lausanne and USJ. It’s not going to be unfamiliar for us going into this game. It’s another game for us that we think we can win,” explained Harrington.