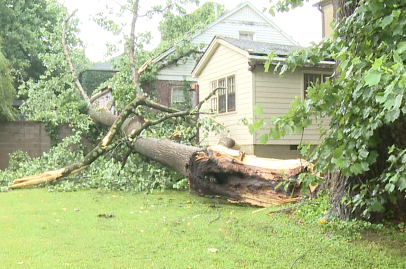 JACKSON, Tenn. — Some residents are still recovering from storm damage caused by a line of severe weather that took several West Tennessee counties by surprise Monday as well as the city of Jackson. On the 300 block of Roland Avenue, homeowners say they are unable to assess the damage done to their back patio by a tree that fell Monday because most of the tree is still there. As cleanup begins, parts of their fence and roof likely will have to be replaced.