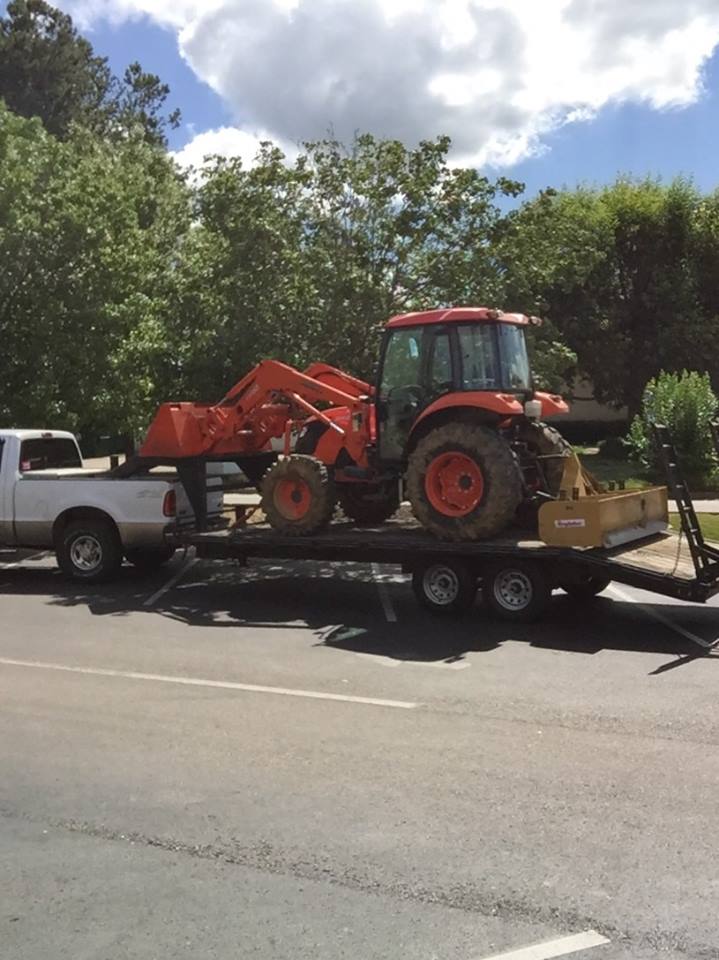 JACKSON, Tenn. — A Jackson landscaper says his business is taking a $50,000 loss at the hands of thieves. An empty plot of land along North Parkway has Jackson landscaper Michael Jenkins puzzled. On Friday, he told WBBJ 7 Eyewitness News more than $50,000 worth of equipment had been stolen from the land he rents. “I think they’re just hitting what they can,” he said. Jenkins owns Groundwork Lawn and Landscaping. He said the theft has taken a toll on business after a 2014 Kubota tractor, a 20-foot gooseneck flat-deck trailer and a 7-foot bush hog were stolen. “If this happened in the wintertime or late fall it might be a different story, but even in the wintertime we used the tractor for snow removal,” Jenkins said. Jenkins suspects the heavy equipment is headed to another state. “The likelihood of recovering your equipment is slim to none,” he said. Residents living across the street from the equipment said they remember seeing the machinery. “It’s kind of amazing that something that big is stolen and really nobody hears or sees anything,” Cameron Hill said. Groundwork Lawn and Landscaping isn’t the first business to have equipment stolen this week. A John Deere tractor and a gooseneck trailer were stolen Wednesday from two businesses in Crockett County, according to the sheriff’s office. Jenkins said the tractor was insured and that he plans to replace it. He estimates his business will take at least a $10,000 hit.