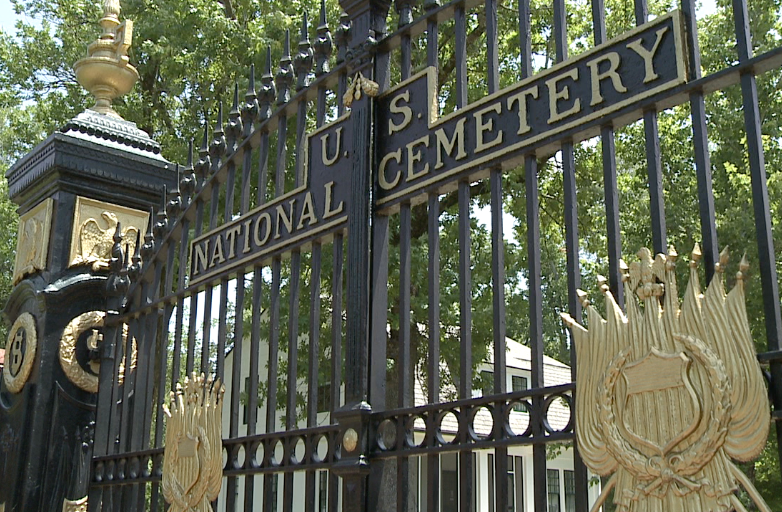 HARDIN COUNTY, Tenn. — A scheduled vote by the U.S. House to continue to allow Confederate flags at national historic cemeteries was scrapped Wednesday after furious protests from Democrats claimed the banner celebrates a murderous, racist past. Earlier in the week, lawmakers conducted a voice vote and banned the flag over concerns with federal funding but have now postponed a definitive decision. If the flags remain banned, it would have a big impact on the four national cemeteries in Tennessee including the Shiloh National Military Park in Hardin County. Park officials told WBBJ 7 Eyewitness News one of the biggest challenges is keeping the history alive and remaining as neutral as possible. The National Cemetery at Shiloh might be nestled in the heart of the south, but it’s a final resting place for mostly Union soldiers. “All but two of them are Union soldiers,” Park Superintendent Dale Wilkerson said. “There are two Confederates here, and we believe they were prisoners of war and that’s how they became to be buried in the national cemetery.” Wilkerson said that’s because the Union army won the Battle of Shiloh. More than 700 Confederate soldiers are buried in the park’s largest trench grave, an original from the battle. It’s also where you will still find a Confederate flag flying high. “The Sons of Confederate Veterans had an agreement with the park to erect a flagpole and fly the first national flag of the Confederate states over that grave site,” Wilkerson said. Wilkerson said he doesn’t anticipate the flag being removed. Some park visitors say while Confederate flags can have a negative image connected to them, Congress didn’t need to consider banning them from national cemeteries. “I believe it’s a part of our nation’s history, our heritage,” said Frank Bernic, a park visitor from Houston, Texas. The park already has made some changes. It pulled three items from the gift shop — a Confederate battle flag, a set of dog tags and a set of coasters — because they only had a Confederate flag displayed on them. Confederate flag memorabilia is now available as long as the image also has an American flag.